UiO Faculty of Humanities Center for Multilingualism in Society across the Lifespan
Main navigation
Back to uio.no
Sub navigation Menu
News and events > Life of a MultiLing Researcher > Life of a Researcher: A trip abroad — recontextualization, interaction and generosity

Life of a Researcher: A trip abroad — recontextualization, interaction and generosity

PhD candidates are generally encouraged to spend time abroad. I had no idea how I could benefit from this until I spent seven weeks in Copenhagen. Here are some thoughts on recontextualizing my work, on the complexities of Scandinavian interaction and on generosity.

PhD candidates at the Faculty of Humanities are encouraged to spend time abroad. My PhD project is on video-mediated interpreting in Norwegian hospitals. Having a project firmly situated in Norwegian society, I was not sure how a trip abroad could benefit my project. A trip abroad just didn’t seem to be a good way to spend time, energy and funding. Except for courses, conferences, workshops, a little networking and regular contact with a supervisor outside of the country (I feel very fortunate to have had the opportunity to do all that within the scope of my doctoral work), my work and I have stayed on Norwegian soil.

A while back, my supervisor put me in touch with a research group working on topics similar to mine. Coincidentally, I met some of the researchers in the team at a conference. I went to see their presentations and a panel they held, and they were present during my presentation. Their presentations shed new light on my work. We had the chance to talk a little, and I realized that I was very interested in engaging further with them. I had kind of disregarded going abroad, but if I was going to do the go-abroad thing, it had to be to visit the Centre for Interaction Research and Communication Design (CIRCD) at the University of Copenhagen. That would be perfect! I was so nervous when I asked if they were interested. No need to say, I was more than enthusiastic when they invited me.

Travelling from Fredrikstad, my hometown, to Copenhagen is not very adventurous. I travel by train through Gothenburg, I do some work on the train, and voilà, I’m there! No visa, no jet lag, no nothing. The biggest challenge turned out to be small, daily encounters in Scandinavian. Danish and Norwegian are supposedly mutually intelligible, although we know that this is not always the case. I found interacting in Copenhagen to be quite difficult (this goes mainly for off campus interaction). Whatever I asked for or said in stores, in coffee shops or on the street, people would respond in English. I expected the main problem to be that I would have a hard time understanding what my interlocutors said. To me, written Danish is fine, while spoken Danish is more of a challenge. I was not prepared that people would not understand me when I spoke Norwegian.

One evening I went out to buy coffee. I started out in Norwegian and asked the woman behind the counter if they had kaffe i løsvekt (loose coffee). She looked at me and answered in English: if we have? I started searching my mind for løsvekt in English. It was blank. I noticed a package of coffee beans by the counter and knew the answer to my question: Yes, they have kaffe i løsvekt. However, this wasn’t the solution to the problem I wanted to solve. I wanted ground coffee. The question was just the beginning of a transaction that should result in me leaving the store with ground coffee. That was the moment when I found myself in a coffee shop asking if they had a bag of what I was literally holding in my hand while I was asking the question. Nice! I didn’t dwell on the lack of logic; A new problem arose shortly and required full attention. I wanted a type of coffee that would work well for French press. The problem was that I did not remember the English word. I did not know the Danish word stempelkande either. The Norwegian word presskanne was already ruled out along with the entire language just moments earlier. “Do you have coffee that works…”, I started out. I suggested “with” as a preposition to fill the gap between the words I had already produced and the word I was missing. I have no idea what preposition belongs there. I don’t usually do stuff like this in English! The troublesome noun was still nowhere to be found, so I completed the utterance with a gesture produced by describing gesturally the action of pressing “the plunger down slowly” (I’ll admit it; I checked a manual before writing this). She suggested press can. I repeated “press can”, confirming understanding. It didn’t feel right, though. This couldn’t be the word we were looking for. Anyway, we found suitable coffee, and the next step would now be to grind it. I asked her if she could grind the coffee for a press, and that’s where it stopped. I couldn’t get myself to say “can”. No way. So, plunger-pressing-gesture it was. She nodded. She smiled. Most importantly, she ground the coffee. Mission accomplished! I said as little as possible for the rest of the transaction and left the shop with what I came for. I was exhausted, a little confused, yet happy.

For weeks, every single encounter unfolded much like this. At one point I found myself almost shedding a tear at the till when the cashier registered two buns as two entire loafs of bread. It wasn’t the price that made me cry, it was that I didn’t understand that she didn't understand what I was trying to say until it had taken too long and the woman behind me in line was getting impatient. After a while, I started to adjust my speech, just a little, to avoid expected complications. Something hard to avoid, though, was complications caused by the subtle differences in how we use words that are similar in both languages and that have almost the same meaning. The slight differences would regularly cause misunderstandings so subtle that we hardly noticed that we had misunderstood each other. It would just be a little off. Maybe I would realize what had happened a couple days later. Switching to English for the stay might have made life easier, but it seems I had my heart set on making Scandinavian work, even if this might result in tears. 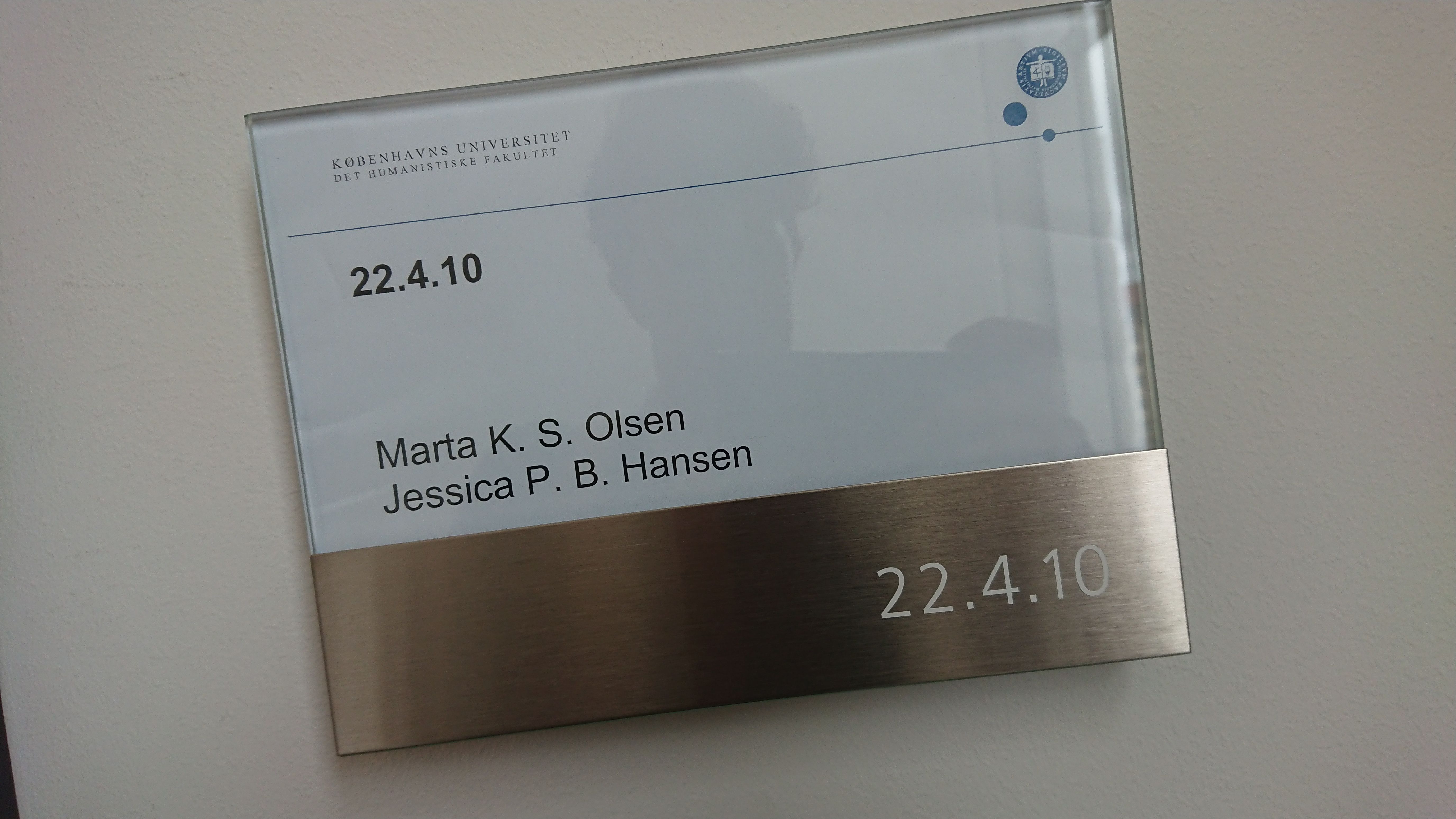 What I really appreciated about my stay abroad, was to meet so many wonderful people. I visited an enthusiastic and skilled group of researchers. I learned about how they work with highly relevant topics. I learned something about how they lift and push their academic achievements forward. They let me join their activities (data sessions, discussions, meetings, seminars, courses, teaching and more) and were willing to discuss my work with me. CIRCD also put me in touch with other relevant researchers at the department. I spent time with the researchers working on the INTERPRETING project, who also let me take part in their activities. This has been so inspiring!

We are often reminded how academia is tough and highly competitive. This makes me especially grateful that I keep meeting generous and inspiring people in different settings. I truly appreciate how great, skilled and very, very busy scholars are willing to exchange ideas with a novice. I didn’t travel far or stay abroad for very long, but I did have an inspiring stay which contributed to my work and to personal growth. This exchange has been rewarding in so many ways and was definitely time and energy well spent!