Filler-gap dependencies across the lifespan

To juggle multiple grammars at once is a complex task, and the effects of crosslinguistic influence might occur when the grammars are simultaneously active. Associate Professor and MultiLing affiliate Mike Putnam presented his research on how filler-gap dependencies can help us investigate multilingual grammars. 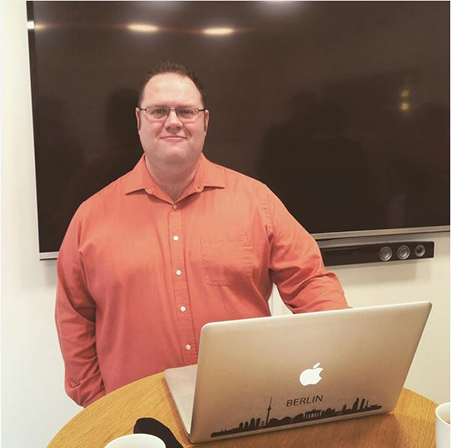 Filler-gap dependencies are constructions such as Who do you think__ left the show early? In this case, who is the filler, and the marked gap is the slot between think and left, where the wh-item would have been placed if the construction was not an interrogative (i.e. where the wh-item who represents the subject of the predicate left).

Earlier this summer, Putnam and colleagues carried out a study on filler-gap dependencies amongst bi- and multilinguals in rural southwestern Kansas. Many of the inhabitants in this community are of German heritage, and still speak Mennonite Low German (Plautdietsch) as their first language (L1). Other languages used in the community include High German, English and Spanish, with many inhabitants being trilingual. The trilingual domains may however be complex, in the way that it can be difficult to determine which of the other languages that is the L2 and the L3 of the speaker. Part of the reason for this complexity is the fact that many of these speakers were born in Mexico, and only later settled in the USA.

In the study presented by Putnam, all 10 participants spoke Plautdietsch as their L1. Half of them were bilingual with English as their L2, four were trilingual with High German as their self-reported L2, and English as their L3, and one was quatrolingual with Spanish as the L4. However, as mentioned above, note should be made that it is very difficult to discern which language is the L2, L3, and so forth for these speakers.

During the fieldwork, these 10 participants took part in experiments designed to discover how speakers deal with different types of inversion in simple and complex structures, and whether transfer for more complex structures would take place between the speaker’s languages given varying levels of proficiency and active usage of Plautdietsch, English, and Spanish (when applicable).

The study consisted of an acceptability judgement task, and a board game production experiment. The board games, one for Plautdietsch and one for English, were designed to elicit interrogatives from the participants. The data from the experiments found a stable L2/3 production and clear language differentiation in simple questions, however the results suggest that there might be some L2/3 to L1 transfer for long-distance questions, although it appears that these effects at this point are not overwhelming. Additionally, through these preliminary experiments, we also stand to learn a great deal about the structure of Plautdietsch. Future research with these speakers will seek to include a high number of Spanish-proficient speakers to gain further insights into the influence that this grammar may have on the maintenance of Plautdietsch and the acquisition of English.

Mike Putnam is an Associate Professor of German & Linguistics at Penn State University who specializes in the grammar of multilinguals across the lifespan, in particular, the (morpho)syntax-semantic interface of global varieties of heritage Germanic speakers. He is also the director of the Language Contact & Change lab group (external link) at Penn State University. He is the author of The Structural Design of Language (Cambridge, 2013, with Thomas S. Stroik) and has edited and published widely on these topics. His current research focuses on modeling the competition of simultaneously active grammars in bi- and multilinguals through field experiments and formal models such as Gradient Symbolic Computation. Read more about Putnam on his homepage (external link).