How do you reconstruct a language that is no longer spoken when there are few documentation records? Lenore Grenoble illustrates how mapping sociolinguistic context plays an important role in this kind of work. 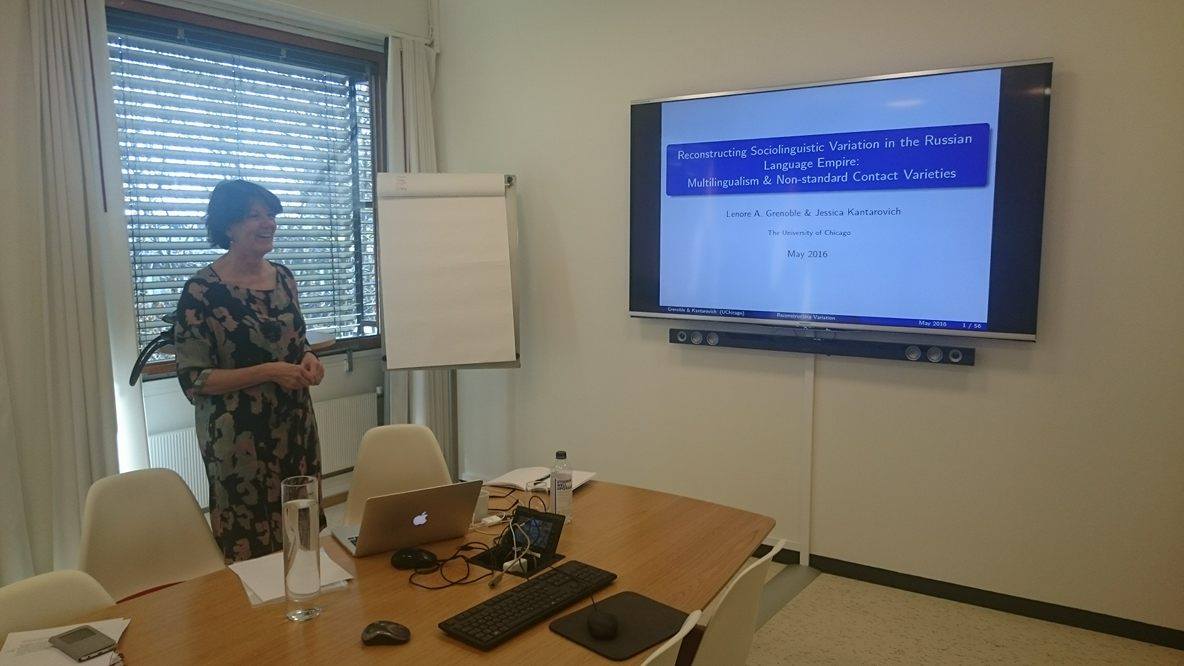 Historical reconstruction of a language

Grenoble presents two problems. The first of the two is the need for a social context approach to historical reconstruction of a language. She argues that linguistic research today shows that sociolinguistic variation and language contact is the norm. The goal for a socially anchored approach to historical linguistics, Grenoble argues, is thus to reconstruct not only which features actually existed in a language when it was robustly spoken, but which subsets of the population used it, and its role as social interaction. Secondly, Grenoble illustrates some of the challenges and possibilities in reconstructing the rich variation of multilingual settings from records that do not document it. She uses examples from two contact varieties of Russian, Chinese-Pidgin Russian (CPR) and Odessan Russian (OdR), which both lack solid linguistic documentation.

CPR emerged in the 18th century from trade contacts on the Chinese-Russian border. OdR is a dialect spoken in Ukraine beginning around 1880 until the 1970s, when most of its speakers emigrated. As a major seaport, Odessa was the hub of social and economic activity and multilingualism: OdR grew out of intensive language contact (it exhibits substrate influences from Yiddish, Ukrainian, and Polish, as well as lexical borrowing from other languages, including French, Greek, and Turkish). Today, a representation of the language appears in film and TV, as well as in social interaction, where it is often used to index a certain type of character. By and large, the dialect is regarded as “low class”. Grenoble tells that it is very clear, when speaking to the informants, that the OdR-dialect invokes a unique association with the city's culture and people. Odessan Russian indexes identity.

Low status and lack of documentation

OdR was most prevalent among Odessan Jews, particularly those living in the poor neighborhood Moldavanka. However, Moldavanka was not just the home of poor Jews, but the poor of every ethnic group in Odessa by the 1880s. In addition to the strong, institutionalized reinforcement of standard Russian, OdR-dialect being regarded as low status might be one of the reasons for the lack of documentation of the language.

Reconstructing a system of social networks

Grenoble asks how we can reconstruct the rich variation of multilingual settings when we have no records to document it? She presents how the patchwork of existing data made it possible to reconstruct a system of social networks. This analysis relies on historical accounts of population dynamics in Odessa, a dictionary documenting Odessan “errors” in spoken Russian, fiction written by Jewish writers in Odessa whose writings (attempt to) mimic speech, and fieldwork with the remaining speakers (now living in Brighton Beach, NY). This shows that it is possible to reconstruct a no longer spoken language even though there are few documenting records.