Professor Gillian Wigglesworth from the University of Melbourne is a Chief Investigator on the Centre of Excellence for the Dynamics of Language and has been visiting MultiLing this week. Her major research focus is on the languages indigenous children living in remote communities learn, and how these languages interact with English once the children start school. How can we improve the children’s school results and reverse the increasing loss of indigenous languages? 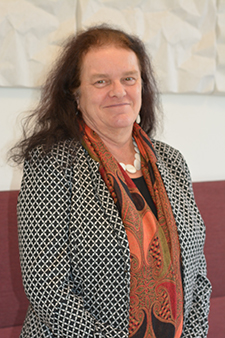 The situation for the indigenous people and their languages

Precolonial Australia was a highly multilingual and mobile community, where most people would speak several indigenous languages, many of which were not mutually comprehensible. Estimates of the number of languages at that time vary, but there were at least 250–300 distinct languages in the country. Of these, only around 11–12 remain strong to this day, in the sense that they are being learned by children. In the Northern Territory, almost 30% of the population is indigenous, and many of this population live in communities that are essentially non-English speaking.

Indigenous children are required to attend school at age five, where the language of the classroom is Standard Australian English. They come to school usually with little if any English, and many indigenous students fail in the school system. The reasons for this are numerous and diverse, and include issues such as high rates of absenteeism, low socioeconomic and socio-cultural status, poverty, and the problems inherent in these conditions. Some see the indigenous languages as the main problem, and more English in school as the solution. Professor Gillian Wigglesworth disagrees, and points to the fact that the role of language in children’s cognitive, social and cultural development cannot be underestimated. Learning language and being able to use it to manage the world is critical to the healthy development, both cognitively and linguistically, of all children. So how can we improve the children’s school results?

The importance of language as a focus in education

“It’s such a complex situation, with no easy fix, but there is considerable evidence that bilingual education is beneficial,” says Wigglesworth. “It’s widely attested that children coming to school with another language are advantaged by receiving the first few years of their schooling in their first language. We also need teachers trained specifically with second/foreign language learning, who understand what works in communities where children have no, or minimal access to, the dominant language. The children need the ability to maintain and develop their first language. Fully trained and respected Indigenous teachers whose role is teaching, not translating, is also important.”

Quite a number of the teachers who work in remote communities are young, and have limited experience, and receive little training specifically in language.  Incorporating a greater understanding of language, and how to help children acquire another language, would therefore be a huge step in the right direction.  After all, almost all teachers these days will encounter children whose first language is not English during their career. Of course both improving the teacher skills and increasing access to bilingual education is expensive, but it would hopefully contribute to improving educational outcomes for indigenous children. It may also contribute to reversing the increasing loss of indigenous languages in those communities where children still learn and speak them.