The role of appearance in dialect acquisition

Associate Professor Cecelia Cutler, the City University of New York, is visiting MultiLing in April to participate in the workshop Dialect acquisition and migration and in the SONE (Sociolinguistic Network in Norway) Conference. In her presentation at the workshop, “’People don’t see me as white’: how appearance plays in dialect acquisition among immigrants in the U.S.”, she addressed the topic of embodiment. She also explored people’s experience of being in a physical body, and how this experience shapes their language choices and their construction of identity. It’s not just about how it feels to be in your body, but also how others perceive you and how others frame you or attempt to construct you based on how you look. 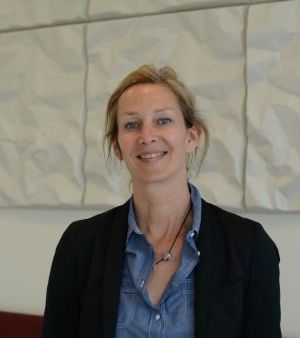 One of the most important dimensions of one’s visible identity is the body and how it is conceived or pre-conceived, and “racialized” according to locally established conceptions of group membership. What role does this embodied subjectivity play in shaping one’s psychological orientation towards certain ways of talking? Cutler argues that the racialized body is involved in the process of taking up a language or a dialect, shaping how a person is seen by others and how they come to see themselves, but not always in predictable ways. She says that we cannot prove the link between the embodied subjectivity and how people talk. The way you look doesn’t necessarily shape your experiences or your decisions, but it may. It’s therefore useful to look at how people see you and how this may shape your sense of self.

To take on an identity

Perceived or attributed ethnicity may trigger unexpected linguistic choices among immigrants and those from immigrant backgrounds. Cutler illustrated this by telling a few different stories about immigrants living in the U.S.  One of them, a Korean living on Staten Island, had become an Italian-American in every way, in workplace, lifestyle, way of speaking, etc. He was surrounded by this group, and was mapping his identity onto the people he was hanging out with. But did he have to “become” an Italian-American? And did he have to take it as far as he did?

Cutler is of the opinion that we all have a choice. Ultimately it comes from within yourself, ultimately agency lies with the individual. This Korean man takes on a particular identity because he chooses it. At the same time it’s a two-way process. You get feedback from people around you, and you can react to that by either adopting or rejecting that identity. It is possible that given the constrains of a particular society, how much freedom you have is very dependent on where you are, and what kinds of groups are there in this particular society that you can map your identity on. There will also always be a question about who you are allowed to be, and there is always a push and pull in terms of how people accept you or don’t accept you, and then how you respond to that. But you have a choice.

What does it mean to be authentic?

Unn Røyneland and Leonie Cornips‘ lectures at the Dialect acquisition and migration workshop addressed the same topic. The question of how to deal with confusion about who you are links the three lectures. Your face sends one message, and some people can reject you because you don’t look local. How do you deal with this? Some compensate by choosing a strong local identity, others choose the standard, while some do as the Korean man on Staten Island. Adopting a local dialect is a strong claim of authenticity. You have to make an effort to create a local identity when your face doesn’t «fit in». It’s a counterbalance. If you look local, you might not have to go to those lengths. The question is, what does it mean to be authentic, and how do you deal with other people’s discomfort or confusion about who you are when your face doesn’t match the way you sound?

At the SONE conference Cutler will talk about place identity in YouTube comments. We look forward to hearing about the various kinds of geographical identity claims made by the users, what kinds of identities they are linked to and what functions they serve in online discourse.