Six months after his first visit, Kofi Yakpo, Assistant Professor in Linguistics at The University of Hong Kong, came back to MultiLing for a collaborative research project with Guri Bordal Steien. 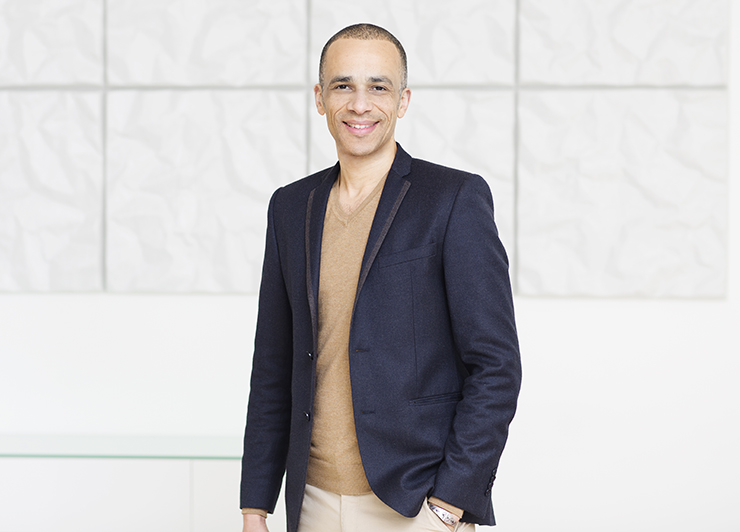 Yakpo has worked extensively on language contact and change, descriptive and documentary linguistics, and on socio-political aspects of multilingualism. He is particularly fascinated by how languages evolve in highly plurilingual societies  and has conducted field research in West Africa, the Caribbean, the South Pacific and Europe.

“When languages meet, it is actually people that come together”, Yakpo points out, “we can’t simply study verbs and nouns and grammar. One also has to take the historical, social-cultural and political-economic context into account.” What are the power relations between groups speaking different languages? How egalitarian or unequal are these societies ? What kind of ideas and attitudes do people have towards each other’s languages, and towards multilingualism in general? All these factors play a crucial role in determining how a language develops and changes through time.

This is where the unique appeal of creole linguistics lie for Yakpo. Yakpo has worked extensively on the English creole languages of West-Africa and the Caribbean, trying to understand the links within this large linguistic grouping that spans both sides of the Atlantic.

The Afro-Caribbean English-lexifier Creoles are interesting in that they epitomize the natural development of languages when there is no normalization and standardization, and lots of interaction between people from far-flung places.

“We can’t say for sure how Norwegian, French or English would look like today without standardization and free movement of people in and out of Europe,” Yakpo explains, “but they’d probably more similar to languages like Nigerian Pidgin, Jamaican or Haitian Creole with their extraordinary grammatical and lexical variation, the multitude of different lects and permanent borrowing and code-switching with other languages.” Under such conditions there is often quite dramatic change within a short time. Yakpo’s research shows, for example, how the Surinamese creole Sranan has rid itself of postpositions within a few decades and today only uses prepositions, while Ghanaian Pidgin has developed postpositions and jettisoned prepositions.

People who use these languages do not have a rigid understanding of language as a fixed norm. Language is always embedded in communication and responsive to situational demands. The heteroglossy and cultural pluralism in these societies allows speakers to be flexible to a degree that people from normative linguistic cultures often find difficult to grasp. As linguists, our approach to language  is also deeply embedded in the historical and social-political experience as speakers of normalized languages. “We still have a lot to learn about how languages evolve and change from the way people communicate in creole-speaking and other highly multilingual societies,” Yakpo concludes.

French and Spanish as tone languages

Yakpo’s visit is part of a research collaboration with MultiLing’s Guri Bordal Steien. Yakpo and Bordal Steien are studying the evolution of French and Spanish as former colonial and present official languages in West and Central Africa. Bordal Steien’s pioneering research on French spoken in the Central African Republic showed that this African variety of French has evolved into a tone language. This prompted Yakpo to have a close look at his field data of the variety of Spanish spoken in the Central African nation of Equatorial Guinea. Yakpo’s and Bordal Steien’s preliminary conclusion is that, indeed, Equatoguinean Spanish has also acquired a tonal system, shedding the stress-based prosodic system of European Spanish in the process. In both languages, words have tonal patterns, in which each syllable bears a fixed low or high tone. As improbable as these developments might seem to some, this should not come as a surprise. The African languages in the Central African Republic and Equatorial Guinea all use lexical and grammatical tone as well.

During exchanges with colleagues, Bordal Steien and Yakpo realized that there is a lot of resistance against the notion that a language with stress can become a tone language just like that. “The problem is Eurocentrism, and a skewed perspective on language contact,” Yakpo explains. For many linguists working on well-studied European languages like English, French and Spanish, which happen to use stress, tone is seen as difficult and complex. If you add to this the equally problematic and widespread idea that language contact invariably makes a language simpler, the cognitive dissonance is resolved by denying that contact languages can have tone.

“As a matter of fact,” Bordal Steien points out, “the conversion of stress into tone is the most natural thing to occur in a society where everybody speaks a tone language.” Understanding the exact mechanisms of these development can help elucidate general mechanisms of language contact and change.

Kofi Yakpo (external page) is Assistant Professor in Linguistics at The University of Hong Kong. He obtained his PhD from Radboud University Nijmegen (Netherlands) and holds degrees in linguistics, social anthropology, political science, and business administration from the Universities of Cologne (Germany) and Geneva (Switzerland). Before turning to academia, he worked for FIAN, an international human rights organisation advocating for the right to food, and served as a policy adviser to the Green Party in the German Parliament in Berlin. He is also a founding member of the pioneering German Hip Hop band Advanced Chemistry.

His publications include A grammar of Pichi, a previously undescribed creole language of West Africa, the edited volumes Code-switching between structural and sociolinguistic perspectives, and Boundaries and bridges, language contact in multilingual ecologies (with Pieter Muysken), as well as numerous articles and book chapters.