Polish construction workers abroad use second languages as a tool 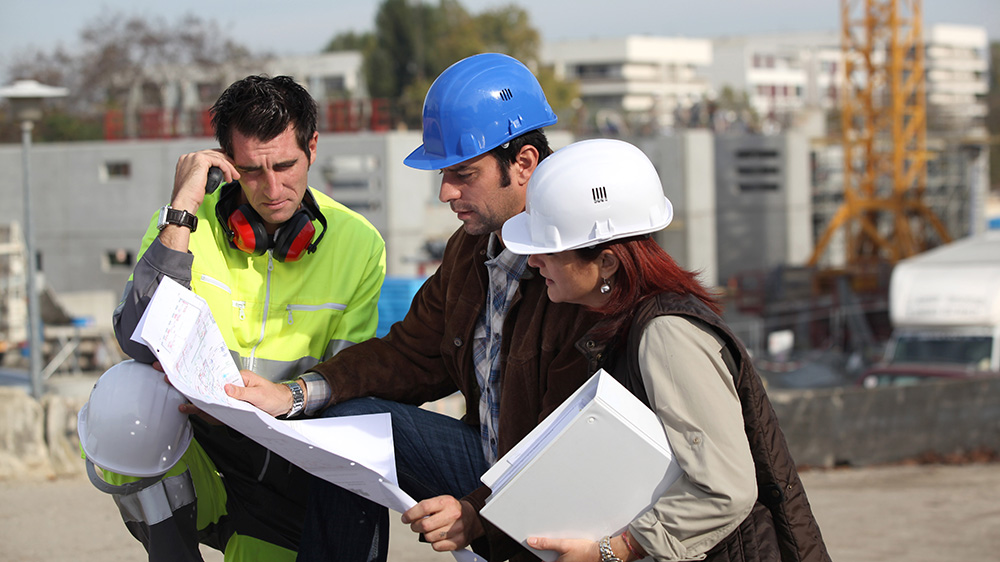 Construction sites are often international workplaces. In Norway, the working language is Norwegian, and Poles who speak Norwegian well can gain a higher status and even serve as interpreters.

When someone talks to you – what exactly helps you understand what they want? Is it the actual words? Or is it when and how they are spoken?

“Sometimes we just need to point, and the person we’re communicating with will understand that we need a glass of water. This is actually one of the most common purposes of language use: Getting someone else to do something for us.”

This is according to linguistics researcher Pawel Urbanik, who studies grammar and language.

“Grammar is not just an isolated system of norms and rules. The interesting aspect is what needs to be in place for a word to be understood as a request, or as something completely different,” he says.

This becomes particularly relevant when a language other than the person’s mother tongue is spoken. How much do you need to know to be able to complete your tasks? To find the answer, Urbanik analysed how a Polish construction worker uses the Norwegian language at work in Norway.

Tomasz at work at the construction site

‘Tomasz’ is from Poland and has learned Norwegian through various jobs on construction sites in Scandinavia. When you learn the language “in the wild”, as the researchers call it, and not by taking language courses, you learn what you need to know at the specific time.

Tomasz’s job is to direct large cranes that move loads from one area of the construction site to another.

“This is a very specific context: Tomasz and the crane operator cannot always see each other’s immediate response, and must rely on what is said over the radio,” Urbanik says.

The linguist can see that the construction worker alternates between asking questions, such as “can you turn left?” and giving messages, such as “turn left”. He does this in a very specific way.

The interrogative function is primarily used by Tomasz when he contacts the crane operator to find out whether he can take on the task.

“He doesn’t know whether he will get a yes, which is why he asks. Once the collaboration has started, he stops asking.

He mostly uses the infinitive form of the verb in Norwegian.

“In some situations, however, he uses the imperative form. He does this in the final phase of the task, to mark the final lowering of the load. This is interesting and shows that he has created his own system in which the different forms of the word indicate which phase of the task they have reached.”

To have Tomasz’s job, it is necessary to be able to communicate clearly. Most workers have taken a course.

“They learn individual words or phrases such as ‘trolley in’ and ‘trolley out’. They learn not to say ‘stop’, which can be confused with ‘up’, but instead to use ‘halt’,” Urbanik says.

People from various countries work at construction sites in Norway, and you can hear Polish and Lithuanian conversations on the construction site and in the staff room. The working language is Norwegian, however, and Polish workers who speak Norwegian get important roles. Sometimes they also serve as interpreters. Tomasz has a key position, and speaks daily with Norwegian or Swedish crane operators.

“In addition, most of the bosses are Swedish. You can hear them speak ‘Svorsk’, when they mix Norwegian (norsk) and Swedish (svensk). They sometimes teach Tomasz Swedish words when he asks what something is called in Norwegian.”

More imperatives in Polish than Norwegian

When Tomasz uses fewer interrogatives, and more words in the imperative form, or as directives, this reflects a general difference between Norwegian and Polish.

“In Polish, even more imperatives are used than in Norwegian, and very few interrogatives. This may sound aggressive or rude, but if you work together, for example, it’s completely fine. It’s customary to say ‘get that’ and ‘do this’.”

“One explanation may relate to expectations. Polish language users expect that the person they’re asking to do something will actually do it.”

According to Urbanik, this concerns basic orientation. We orient ourselves towards the person we are talking to, and if the person in question seems busy or unavailable, we choose an enquiring approach.

“But when you’re collaborating with someone, you will use imperatives. This also applies to Norwegian, although I can see that with the Norwegian way of asking for things, there is greater orientation towards the other person’s freedom of choice. It isn’t taken for granted that the other person will do what you want.”

According to Urbanik, the analysis of Tomasz’s use of language shows that he uses elements from Norwegian, and elements from Polish, while he also invents his own system.

According to Urbanik, studying how Tomasz uses the Norwegian language at work shows that context means everything for communication.

“Workers who specialise in an area are experts in that area. They have a large vocabulary for that area and may know words that I do not. They use simple grammatical structures, and cope with the work well.”

But foreign workers, their employers, or the authorities should not rest on their laurels, according to Urbanik.

“This doesn’t mean that they cope well in every other context. When it comes to small talk with the boss, a lack of Norwegian language skills becomes more of a challenge. So it’s important to have, or get, the opportunity to take a course and learn more Norwegian.”

Toril Opsahl heads the NorPol research project, of which Urbanik’s research is part. The research findings highlight a key issue, she believes.

“Even though the language structures ‘Tomasz’ uses are simple, they are part of a complex interplay with other resources. After all, he coordinates advanced processes. This says something about his sophisticated language skills that is not so easy to spot if you consider the structures in isolation,” she says.

Opsahl believes that stereotypes can be obstacles to good communication.

“Polish workers are a diverse group, also when it comes to languages. How they speak Norwegian depends on their place of work, length of residence, living conditions, whether they commute, and whether they have family.”

The participants interviewed by Opsahl and her colleagues in the NorPol project state that it is important to learn Norwegian in order to live a full life in Norway.

“It’s important to engage in new relationships, but also to move forward in your career.” This is also revealed in Kamilla Kraft’s work on multilingualism at construction sites: Hierarchies arise, that correlate closely with Norwegian language skill levels.

Difficult to find arenas in which to speak Norwegian

It is each person’s responsibility to learn the language of the country they come to. The arenas for speaking Norwegian outside work can sometimes be difficult to find, according to Opsahl, who argues that Norwegians should be more aware of the diversity among the many foreign workers in Norway, meet them with openness and initiate conversations.

Both Urbanik and Opsahl believe that a lot of research still remains to be done into how languages are used and developed at multilingual workplaces. They hope the research from the NorPol project can contribute at several levels.

“Through these analyses, we can provide insights into better training. We can also learn more about what makes it difficult to learn Norwegian, and what it actually takes to perform various tasks well. This is really important for a good working life,” says Opsahl.

Second-language communication in workplace settings — the case of Polish migrants in Norway (NorPol) is a research project at the Center for Multilingualism in Society at the University of Oslo. The researchers investigate various factors that contribute to inhibiting or promoting communication between Poles and Norwegians. The project is headed by Toril Opsahl.

Pawel Urbanik was a Postdoctoral Fellow in the NorPol project. He is now an Associate Professor at the Department of Language and Literature at NTNU.