A long term collaborator and friend of MultiLing, Hirut Woldemariam has spent her career breaking glass ceilings and providing a model to empower women in leadership and promote increased gender equality in Ethiopia. 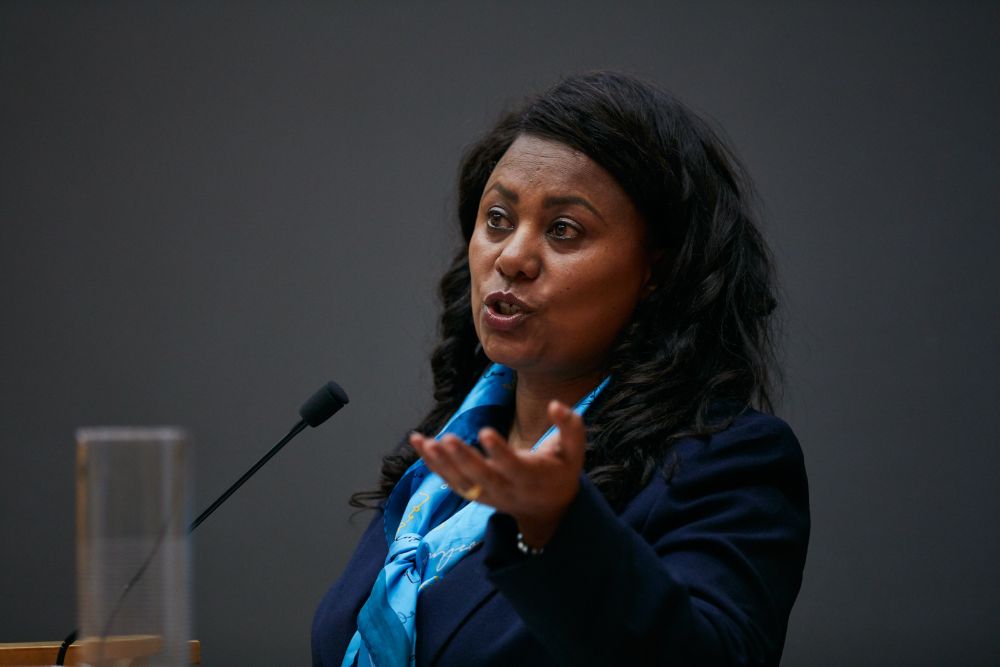 The University of Oslo will celebrate its 211th anniversary on September 2, 2022, and as part of these festivities, highly prestigious honorary doctorates will be awarded. MultiLing was thrilled to receive the news that collaborator and colleague Professor Hirut Woldemariam Teketel, from Addis Ababa University in Ethiopia, was chosen as one of Rector Svein Stølen’s candidates.

Hirut Woldemariam is no stranger to the University of Oslo (UiO). Fresh from her doctoral training at the University of Cologne, Germany, in 2004, she joined the Ethioling project (2001-2006), which was a bilateral research and capacity building project involving the Department of Linguistics and Scandinavian Studies (ILN) at the University of Oslo and the Department of Linguistics at Addis Ababa University. Ethioling worked on the new Ethiopian educational policy and its implementation with specific reference to the use of local languages in schools. The project was funded by the Norwegian Centre for International Cooperation in Higher Education (SIU, now DIKU).

In Ethiopia, Norwegian and Ethiopian colleagues were matched to focus on one of four particular regions in the country. Hirut Woldemariam and Elizabeth Lanza, the former Director of MultiLing, were assigned to Tigray in the far north of the country. This field site would be the launch of a long and fruitful collaboration between the two, even beyond the years of the project. As the project was anchored in the results of the new constitution based on ethnic federalism allowing regions to develop their local languages for primary education and other functions, the use of various written languages in the public sphere became a particular fascination for the two linguists. Ethiopia is extremely linguistically diverse with around 86 regional and minority languages. A new policy initiative is to implement five official Working Languages in the country (Amharic, Afan Oromo, Somali, Afar, and Tigrinya). Amharic has been the official Working Language in politics and trade, and it functions as a lingua franca alongside English, which mainly functions in the educational sector.

Woldemariam and Lanza presented their collaborative research at international

conferences and ultimately were among the founding members of a flourishing research network and field, with its own conference series, entitled the Linguistic Landscape. Today they are both members of the editorial board of the international journal of the same name. Their publications in the field, and more widely on sociolinguistics, include 1 co-edited book, 4 book chapters and 5 articles in international journals, and more is on the way.

After Ethioling, Woldemariam became involved in university leadership rising among the ranks to Vice Rector at AAU, yet research and research training have always been at the heart of her interests. She was instrumental in the development of the second important bilateral project at ILN - Linguistic Capacity Building - Tools for the inclusive development of Ethiopia (2014 –  2020), led in Oslo by Janne Bondi Johannessen, MultiLing, and funded by Norad through NORHED. Woldemariam led the Ethiopian team; however, recognizing her excellent leadership skills and achievement, her country called on her in 2016.

She was appointed Minister of Culture and Tourism (2016 to April 2018) by the Prime Minister, and from April to October 2018 she was Minister of Labour and Social Affairs. From October 2018 until August 2020, when she stepped down from the government, Woldemariam was the founding Minister of Science and Higher Education. In this capacity, she brought about sweeping reforms to ensure quality and relevance of education and she revamped curricula, introducing a program in critical thinking, communication and foreign languages for all students. Among her many accomplishments, she developed the first 10-year National Roadmap and Strategic Plan for Higher Education, Science and TVET (technical and vocational educational training).

Woldemariam has spent her career breaking glass ceilings and providing a model to empower women in leadership and promote increased gender equality in Ethiopia.

In 2019, MultiLing organized a Women and Leadership roundtable and Woldemariam,

who was then Minister of Science and Higher Education, was a perfect candidate for MultiLing to invite to give one of the plenaries. She spoke about leadership in the Ethiopian context, pointing out that the issue women leaders face is not whether they have the capacity to lead, but rather about people’s perception of their ability to lead. As Minister, she established a Network for Women in Higher Education that empowers and supports them. During her tenure as Minister, women’s empowerment improved in higher education. Young women’s participation increased substantially – for the first time women made up 43 % of the higher education annual intake in 2019/2020. The participation of women in the top leadership of the universities and female university board members have both increased from 14% to 31%. Hirut Woldemariam has left a powerful legacy.

Woldemariam is currently on sabbatical leave from her position as Professor in Addis Ababa. She was awarded the Alexander Humboldt Research Award for Senior Scientists, August 2021-August 2022, and is once again in Cologne, Germany, working on her passion for research. At the same time, however, she continues to lecture on women and empowerment and has given an online course on Decolonization and Women Empowerment to a special program of DAAD (German Academic Exchange Service) for African students in Cologne.

Hirut Woldemariam’s lecture during her visit to Oslo for the annual festivities to celebrate the University’s anniversary is entitled Decolonizing and reforming Higher Education in Ethiopia.