During the coronavirus pandemic, researchers were able to study children’s language development at home. While passive screen time gets in the way of learning, only 15 minutes of shared reading can work wonders for the vocabulary. 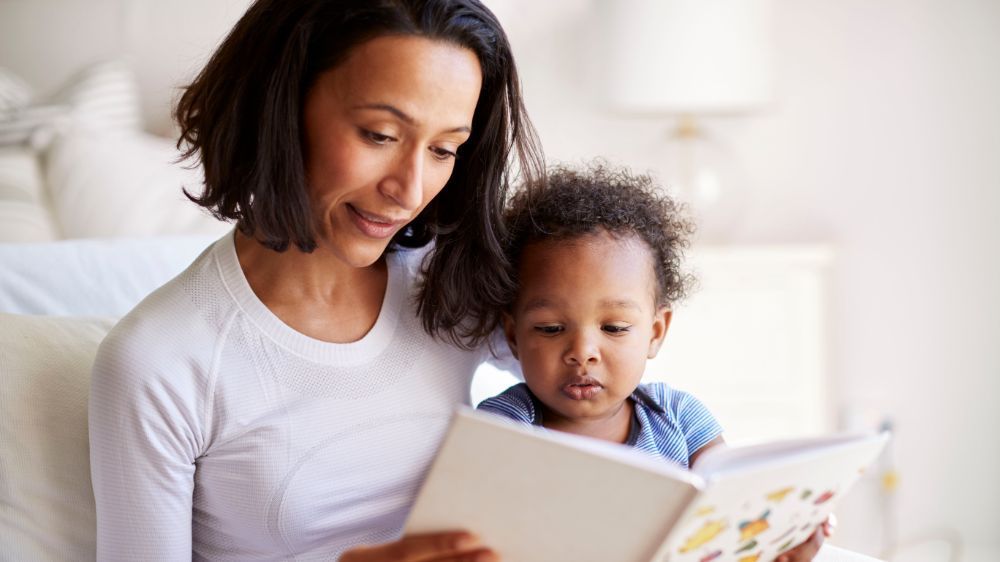 IMPORTANT SHARED READING: Reading aloud and limiting screen time is important to language development in small children, according to new research from the University of Oslo, Norway and many other international universities.

In March 2020, the health authorities closed all kindergartens in Norway, and the children were suddenly shut out from one of their most important learning arenas.

Parents were advised to not let their children use playgrounds, to stay away from grandparents and to avoid several other arenas that normally contribute to language development in children.

For many children, the home environment was therefore the only place they were allowed to be, with their parents as caregivers.

When Associate Professor Natalia Kartushina from the Centre for Multilingualism in Society across the Lifespan (MultiLing) heard the news that kindergartens were closing, she saw a unique opportunity.

“Lockdown gave us the chance to investigate - for the first time - the role parents play in the development of their children’s language in isolation. Normally, it is difficult to distinguish the influence of the parents from that of the kindergarten.”, says Kartushina.

Together with Professor Julien Mayor from the Department of Psychology, she initiated a large international research project where they investigated activities such as reading aloud, singing, playing games, and the time children spend in front of a screen.

Shared reading is most important

There turned out to be a big difference in language development between children who had a lot of screen time and those who had little. The parents who read the most to their children also played with them more and didn’t allow them to spend so much time on screen.

However, among all the activities that were investigated, one stood out in particular:

“The importance of reading aloud was the clearest result in the investigation”, says Kartushina, and explains:

Reading aloud was the activity that contributed the most to the development of the children’s passive vocabulary, meaning the number of words the children understood.

“The children who were not read to at all had a lower increase in passive vocabulary than was expected for the age group”, says Kartushina.

The researchers investigated the vocabulary of 1742 children aged 8-36 months in 13 countries.

“The children’s vocabulary actually grew more during lockdown than was expected for the age group”, Kartushina says, adding:

“Some of the increase can be explained by the fact that parents spent more time with their children and were therefore more aware of their development. However, the explanation may also be that being together with their parents was good for the children’s language development.”

She emphasises that the researchers do not conclude that it is better for the children to be at home than to be in kindergarten.

“There is no doubt that kindergartens are very important for the development of children’s language and social skills. In addition, the children’s vocabulary did not increase more in the countries where the lockdown lasted longer”, says Kartushina.

Kartushina points out that language development in the children who watched a lot of TV was weaker.

“The children who watched less television had greater growth in their active vocabulary”, she said.

In other words, the number of words the children could say or produce and use in their language increased significantly in children who were not exposed to TV or very little, as compared to children who had more screen time.

“The children who did not have any screen time at all had most gains in their active vocabulary”, says Kartushina.

Stealing time away from other activities

She believes the main reason for this is that the screen steals time away from other activities.

“The passive time spent by a child in front of a screen is a missed opportunity to take part in other activities that develop their language – such as playing, singing, or reading books. This is also supported by previous research”, she says.

Many parents had to work from home when the kindergartens were closed. Children as young as eight months old were allowed more screen time, according to a study that investigated the amount of screen time for children between the ages of 8 and 36 months during the first lockdown in 12 countries.

Kartushina is fully aware of why screen time increased for the kindergarten children during the lockdown.

“For many parents, it was the only opportunity to get some work done”, she says.

However, she points to a particularly encouraging finding from the investigation into children’s language development:

“The benefit of only 15 - 30 minutes of reading aloud was high regardless of screen time.”

And even though the children with the most screen time learned the fewest words, they still developed their language as expected for the age group under normal conditions.

“Although the children were exposed to more screen time during the lockdown, parents were engaged in other activities with their children that had a positive impact on their language development”, says Kartushina.

What the parents do matters most

The impact of more shared reading and less screen time was significant, regardless of socioeconomic status.

“This is encouraging because it suggests that it is what parents do with their child that matters most. The quality of the time spent together with the child is important, both for language development and for the child’s well-being. We don’t have to read for hours and hours to make a difference”, she says.