Erica Brozovsky, PhD Candidate at the University of Texas at Austin, just spent a month at MultiLing. Here, Erica tells a bit more about her research, and her stay in Oslo. 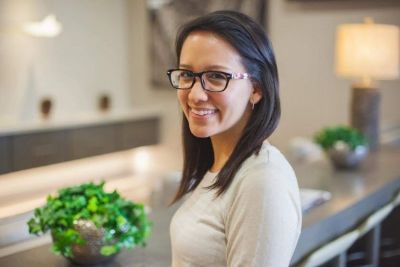 Erica Brozovsky is a sociolinguist currently working on her PhD project on Taiwanese Americans in Texas (or Taiwanese Texans). In her project, she explores how these Taiwanese Americans align themselves with the various identities and social groups associated with their national, ethnic, and cultural backgrounds, and examines how language is used in the construction of these identity alignments.

Her research interests lie in sociolinguistics (in general), language change and variation, language and identity, multicultural identity, dialect, stylistic variation, and Asian American studies, to name a few. She became particularly interested in the Taiwanese American population in Texas as she, although not being a Texan herself, found herself a member of that community. "Just being able to see the great diversity in such a small population has been really eye-opening and honestly fun to research as well," Brozovsky tells.

Three years ago, when Brozovsky was still figuring out her PhD project, she was talking to her advisor about including an international research trip as part of the project, and he noticed that Brozovsky's research interests correspond quite closely with the research done at MultiLing. This fall, three years after first talking about visiting MultiLing, Brozovsky has just finished a month long stay in Oslo. During her time at MultiLing, she has been attending a number of events, and also gave a lecture at one of our Wednesday Seminars.

When asked how her stay at MultiLing has been, Brozovsky says she has had a wonderful time, and that the change of environment from Austin to Oslo has been both invigorating and inspiring: "Put simply, I think this has been one of the most valuable months of my graduate career."

We've truly enjoyed having you around at MultiLing for the last month, Erica, and hope to see you back in Oslo in the future!