This psycho- and neurolinguistics oriented project addresses the role of cognitive control functions, such as inhibitory control and set shifting, in second language learning and bilingual language use, and the interplay between control and language processes. 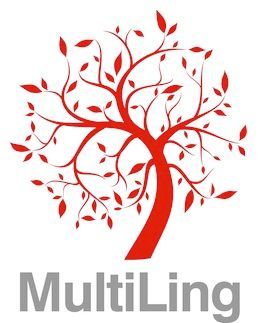 Evidence suggests that both languages of a bilingual are constantly active, and appropriate use of a relevant language at a given moment requires well-functioning cognitive control, e.g., suppressing the other, competing language(s). Furthermore, language switching, or code-switching, is a bilingual behavior that is assumed to strongly engage executive functions. Bilinguals’ lifelong experience of language switching has even been suggested to train general executive functions (but see Jylkkä et al., 2017, and Lehtonen et al., 2018), possibly especially at early phases of second language learning (see, e.g., Paap et al., 2018).

Learning a second language has been suggested to influence one’s native language even early on (e.g., Bice & Kroll, 2015), especially in immersion contexts (Linck et al., 2009). The neurocognitive mechanisms underlying this phenomenon and precise role of cognitive control in these effects are, however, not yet well delineated.

Furthermore, while previous research has primarily focused on cognitive control in language switching in production, less is known about the conditions for recruiting cognitive control in word recognition or comprehension of multiple languages (see, e.g., Pellikka et al., 2015; Hut et al., 2017; Jylkkä et al., 2018). For example, is the other language actively suppressed when listening to or reading one language, and in which conditions? Moreover, a switch in language is assumed to be costly, but it is likely not equally costly in all circumstances (see, e.g., de Bruin et al., 2018).

The lifelong experience of bilinguals in frequent language switching has been proposed to train executive functions, but the claim is very controversial (e.g., Laine & Lehtonen, 2018). One problematic issue in this field concerns the weaknesses in methods used to measure individuals’ language switching frequency (retrospective self-report questionnaires), and there is a need to develop better tools for this (see Jylkkä et al., 2017). Moreover, the interactional context (Green & Abutalebi, 2013) may have an effect on how strongly executive functions are recruited in multilingual language processing and language switching, but there is currently little empirical research testing this assumption.

Questions related to the interplay of cognitive control and language processing can be studied using a variety of behavioral and electrophysiological methods. Cognitive tasks and behavioral online methods can often provide important insights into underlying mechanisms related to language processing and its control. On the other hand, EEG can sometimes be more sensitive than behavioral measures in capturing learning-induced changes (see, e.g., McLaughlin et al., 2004) and effects in activation levels of lexical representations (Pellikka et al., 2015). Furthermore, new and innovative methods are needed for more valid measurement of, e.g., language switching frequency (Jylkkä et al., 2019).

This project takes advantage of methods available in the recently established Socio-Cognitive laboratory at MultiLing, housing a new 128-channel EEG system (BrainProducts) and an eye-tracker (SMI), in addition to facilities for running behavioral experiments and using cognitive tasks. The project will involve both senior and junior researchers (including PhD and MA candidates). Guidance and training in the use of the laboratory’s facilities will be provided to those who do not have the relevant experience.

Paap, K. R. (2018).  The bilingual advantage debate: Quantity and quality of the evidence. In J. W. Schwieter (Ed.),The Handbook of the Neuroscience of Multilingualism. WileyBlackwell, in press.

Center for Multilingualism in Society across the Lifespan, University of Oslo