MultiLing launched forensic linguistics as a new research topic in October 2017. This flagship project is led by Jan Svennevig and Aneta Pavlenko. 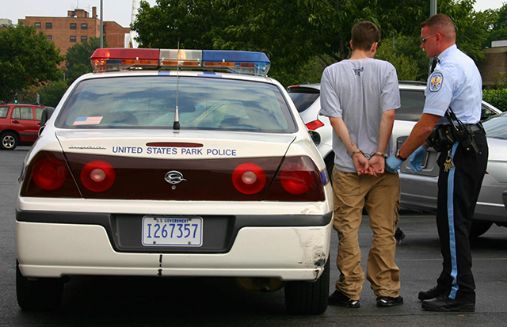 In 1948, the United Nations (UN) General Assembly in Paris adopted the Universal Declaration of Human Rights as a common standard of achievements for all peoples and all nations. Article 11, part (1) of the Declaration states: “Everyone charged with a penal offence has the right to be presumed innocent until proved guilty according to law in a public trial at which he has had all the guarantees necessary for his defense”. This fundamental human right has been further elaborated in the International Covenant on Civil and Political Rights (ICCPR). Article 14 of the ICCPR restates the right to be presumed innocent and outlines concomitant rights, including the right to be informed about the charges in “a language which [the suspect] understands” and the right “not to be compelled to testify against himself or to confess guilt.” In 1966, the ICCR was adopted by the UN General Assembly and signed and ratified by 168 states.

“Since these rights would be of little value if individuals are unaware of their existence, there is a corollary right to be expressly informed of these rights,” states the Handbook for police officers and other law enforcement officials by the European Convention on Human Rights and Policing (Murdoch & Roche, 2013, p. 83). In many jurisdictions, police inform the suspects of the right to silence and the right against self-incrimination at the outset of their custody. Additional rights communicated to the suspects may include the right to access a lawyer and the right to an interpreter. In several English-speaking countries, police are required to communicate a scripted version of the rights, known as the Miranda rights in the USA and the Caution in Australia and the UK. The purpose of these cautions is to ensure that suspects know their fundamental rights under the law. A failure to protect the rights of the individuals during interviews may compromise the integrity of the investigation and risk the miscarriage of justice.

Yet the communication of rights does not fully address the ICCR provisions – they have to be communicated in “a language which [the suspect] understands.” Recent research conducted in Australia, UK and the USA shows that even in first language speakers of English comprehension is affected by the wording of the rights, by the level of education and cognitive abilities, and by situational factors, including stress and trivialization strategies used by the police (Rock, 2007; Rogers et al., 2010, 2011; Scherr & Madon, 2013). The problems are even greater among vulnerable populations, including juveniles, people with mental disorders, and people with limited proficiency in the majority language (Pavlenko, 2008). The common means of ensuring understanding in police interviews is a direct question “Do you understand?”, but many suspects may say “yes” out of fear or deference to authority, even when they have not understood what was said to them. Second language speakers may also drastically misinterpret what was said to them but believe that they understood everything correctly (e.g., “You have the right to have a lawyer present” may be understood as “You can have a lawyer in prison”; Pavlenko et al, 2017).

An even greater concern involves modifications of the right to silence. In the UK, the Criminal Justice and Public Order Act 1994 allows for adverse inferences based on silence, so that the wording of the Caution now states: “You do not have to say anything, but it may harm your defence if you do not mention when questioned something which you later rely on in court.” A similar approach has been adopted in Norway, where the police are allowed to inform the suspects that silence may be used against them. In the absence of scripted cautions, this development raises several questions regarding continuous safeguarding of suspects’ rights.

The purpose of the present study is to address three interrelated questions:

To address the aims of the study, we cooperate with the Oslo Police Department in order to obtain access to the following materials:

Relevant parts of the interviews will be transcribed and analyzed using conversation analytic methods. An evaluative approach will be applied, aiming at identifying successful practices for establishing mutual understanding and potential obstacles to achieving this. In the second, experimental, stage of the study we will use the common wordings of rights used by the police to determine how such wordings are understood by first and second language speakers of Norwegian (following the methodology developed by Pavlenko et al, 2017, for the study of comprehension of the Miranda rights by second language speakers of English).

The triangulation of the findings will allow us to articulate recommendations for best practices in communicating the rights and determining their understanding and the need for an interpreter.

Access the repository and various resources related to forensic linguistics and MultiLing's project.