The project will explore multilingualism in digital interaction and media and linguistic repertoires in multilingual families. 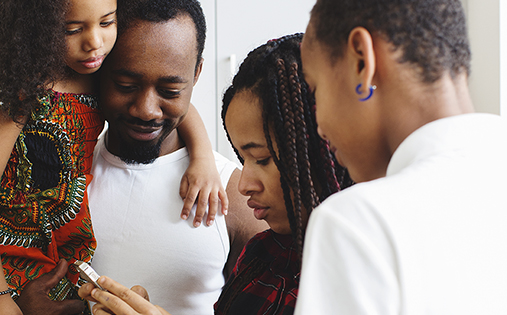 The project was developed by Professor Jan Svennevig in close collaboration with Jannis Androutsopoulos (MultiLing and University of Hamburg, Germany).

This project is part of MultiLing's Theme 2, Multilingual language practices, with potential connections to the other Themes at the Centre. It is broadly situated within interactional and media sociolinguistics, aiming to explore potentials for mixed-methods approaches based on linguistic ethnography.

The first subproject explores the relationship between multilingual interaction, semiotic modalities of language and digital media.

Research questions will articulate interactional and linguistic microanalysis, on the one hand, and a field of social (private or professional) practice on the other, also including comparative analysis of multilingual practices on and offline.

The project aims to interact with contemporary theory building in multilingualism research and sociolinguistics, bringing notions such as e.g. translanguaging (García/Li 2014) to bear on the study of digital language practices, and exploring the relevance of such practices for theory building.

The second subproject is aligned to MultiLing’s focus on family multilingualism. The aim is to examine the relationship between polymedia (Madianou and Miller 2012) and linguistic repertoires in the communicative practices of transnational families.

Specific research questions include the following:

Read more about MultiLing as a world-leading research community

The fast-paced developments in communication and information technologies since the end of the 20th century have extended the range of multilingual practices beyond co-present social interaction. Alongside other socio-cultural transformations that language scholars are more familiar with, notably globalization (Blommaert 2010, Coupland 2010), our era is shaped by mediatization, the reach of mediated communication into all areas of institutional and private life (Androutsopoulos 2014, Lundby 2014). This is especially true for literacy practices. In a world of mass digital literacy (Brand 2015), communicative activities routinely involve trans-modal chains of speech and writing across various media, and some are fully recontextualized to digital writing. These shifts of balance between speech and writing go hand in hand with the rise of polymedia (Madianou and Miller 2012), i.e. the constant availability of a range of meditational tools for interpersonal communication, each with specific semiotic affordances, participation formats, and symbolic meanings.

The new tensions between modalities of semiotic mediation and tools of mediated communication have an impact on everyday multilingual practices in their diverse social contexts. While multilingualism in writing is not new (Sebba et al. 2012), the evolution of interactive written discourse (Ferrara et al. 1991) reconfigures its functional elaboration and social reach. Networked writing adapts linguistic patterns and practices from offline bilingual interaction and facilitates new ways of composing and juxtaposing diverse semiotic resources, drawing on the affordances of available meditational tools (Androutsopoulos 2015; Jones et al. 2015). Research on mediated multilingual interaction draws on classic and more recent sociolinguistic frameworks on multilingualism and transgresses them by taking into account the specific conditions of networked writing. It thereby aligns with, and speaks back to, recent repositionings of writing and written language in sociolinguistics (Lillis 2013, Deumert 2015).

The conditions and shapes of multilingual practice in a mediatized world are evident in the context of transnational mobility and global semiotic flows. Scholars in anthropology and sociolinguistics emphasize that communication technologies, and digital media in particular, enable heightened transnational connectivity and resulting local heterogeneity (Appadurai 1996, Vertovec 2004, Jacquement 2005, Blommaert and Rampton 2011). In the formation of diasporic and transnational communities for example, online sites such as discussion forums are spaces for connectivity and conviviality as much as sites where the multilingualism and identity nexus is negotiated. Individuals draw on digital media to extend their semiotic repertoires of self-presentation, to index their transnational trajectories and orientations, and to appropriate globally circulating semiotic resources for local interactional and performance-related purposes (Androutsopoulos and Juffermans 2014).