This project brings a folk linguistic approach to multilingualism by examining and comparing how Malaysian youth from different ethnolinguistic groups construct, explain, and rationalise the significant linguistic diversity that Malaysia is home to vis-à-vis Malaysian postcolonial nation-building, economic development, ethnic identity, and citizenship. 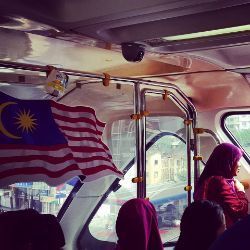 Malaysia is showcase of multiculturalism in Southeast Asia.  Although Bahasa Melayu is the official language, other first languages include various Chinese varieties such as Cantonese, Hokkien and Hakka, the Tamil, Telugu, Hindi, Malayalam and Punjabi languages from India, and a host of indigenous languages such as Iban.

This project explores epistemic knowledge and reasoning about multilingualism in Malaysia and also sheds light on ideologies of language both within and between Malaysia’s main ethnolinguistic communities.  To do this, it extends the purview of the folk linguistics sub-discipline to examine and compare how matters of linguistic diversity, including languaging under the banners of Manglish and Bahasa Rojak, national language policy, the role of English and Mandarin as languages of economic power, Tamil language shift, and day-to-day language choices are explained by youth in folk linguistic terms.  It also investigates how these youth hypothesise their own heritage languages are perceived by others in Malaysia in order to create a 360 degree discourse of language ideology.

The project comprises focus group discussions with non-linguistics university students from the Malay, Chinese, Indian and Indigenous ethnolinguistic groups across peninsula Malaysia and Sarawak such that knowledge authority about multilingualism in Malaysia is shifted from the academy and the government to Malaysian youth themselves.