Language anxiety in the immigrant context: An interdisciplinary perspective (completed)

Language knowledge and linguistic anxiety across three generations of the Turkish immigrant community in the Netherlands: The Effects of Language Shift 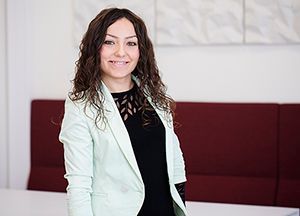 The project centres on the relationships between language competence and practices, social and cultural issues, and the language anxiety that members of an immigrant community face in their everyday lives as ethnic, cultural and linguistic minorities. In particular, the project addresses differences across three generations of the Turkish immigrant community in the Netherlands with respect to their language anxiety both in the heritage language (Turkish) and majority language (Dutch), their language competence, language practices and socioemotional experiences, as well as their physiological responses related to these aspects.

The project relies on a mixed-method approach that integrates an extended questionnaire, personal interviews and an experiment in which physiological responses (i.e. electrodermal activity) are measured during a video-retelling task conducted in monolingual and bilingual modes. Finally, it adopts the lifespan perspective, which incorporates cross-generational comparisons to examine linguistic, social and psychological factors among individuals of multiple age groups (i.e. youth, adults and elderly). The outcomes of this project lend valuable new insight into language anxiety within immigrant contexts, a phenomenon which has thus far been underexplored in both contact and applied linguistics.