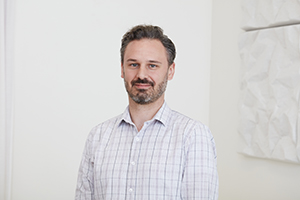 Between the 1820s and 1930s over 800,000 Norwegians immigrated to the United States, often creating or settling in Norwegian-speaking communities particularly in the American Upper Midwest. Many of these communities were considerably resistant to adopting English and up until the early 20th century, Norwegian was often learned in the home and spoken within the local community, i.e. as a heritage language. When a heritage language is an immigrant language, it often changes relative to the homeland variety both under the influence of a majority language via bilingualism and because of the disruption of communication and interaction between communities in the host and homeland countries. American Norwegian is no exception: it survives as distinctly American dialects of Norwegian, with a clearly English-influenced vocabulary, as well differences in certain syntactic, morphological, and phonological patterns.

By focusing on American Norwegian this project aims to advance the fields of language maintenance and language attrition with a comprehensive study of the phonological changes, which can occur through language contact. In particular, I investigate whether (1) the pronunciations of American Norwegian and English vowels and sonorants (l, r) are distinct among bilinguals and whether those Norwegian and English vowels vary markedly from (2) European Norwegian and (3) from monolingual speakers of local English varieties. The results inform debates on the composition of bilingual grammar and the extent to which structures in one language, in this case sound systems, may or may not remain intact under intense contact with another. It thus contributes to the understanding of the human capacity for language in a broader sense.

American Norwegian speakers are typically elderly individuals who adopted English as a primary mode of communication during childhood or early adolescence. Accordingly, their speech patterns in both Norwegian and English provide critical evidence that enriches our understanding of the ways in which the linguistic faculty can and does change over the course of an individual’s lifespan and thus of human language processes in general. By building on theoretical approaches that unify phonological and language contact theories, this project constitutes a significant contribution to the field and facilitates future research on language acquisition and bilingualism, language processing, and language maintenance/attrition over the lifespan.