Embodied Sociolinguistics through Yoga in a Globalized World (completed)

This project is a subproject of the flagship project Multilingualism and Globalization: Perspectives from Norway. 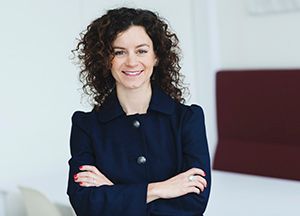 The last decades have seen an increase in the popularity, trend and practices of yoga worldwide (Rosenblatt 2013; Sarbacker 2014). From metropolitan cities to rural villages, different kinds of yoga classes and techniques are offered which have created a niche market targeted primarily at white middle and upper class women (although many men are also yoga practitioners) presenting yoga as a corporeal and thus physical experience in order to enhance the mind-body connection through postures and meditation.

The aim of this project is to better understand ‘embodied multilingualism’ and ‘semiotic repertoires’ (Kusters et al. 2017) through the physically and mentally challenging practices of yoga within the current 21st century within a local Bikram Yoga studio in Oslo, Norway.

I focus on instructors’ ‘semiotic repertoires’ when correcting students’ postures as well as their personal style of teaching in terms of language choices and deviating from the ‘standard’ Bikram script. This part of the project focuses on life style migrants (Benson & Osbaldiston 2016) and Norwegian nationals who make up the core of yoga instructors. Despite the majority of a Norwegian cliental, over 50% of the classes are taught in English revealing the high demand of instruction and a rather small supply of local, regional and even national instructors. Interviews conducted with instructors reveal the complex language ideologies and attitudes individuals have towards language use and language learning for professional reasons. Despite the high cultural and symbolic value attached to Norwegian on a local, regional and national level, this yoga studio relies on foreign nationals who do not speak Norwegian in order for the studio to economically survive. In these ways, their yoga certifications, which are recognized globally, supersede their linguistic repertoires and language practices within their local classes. Furthermore, while classes are “officially” offered in either Norwegian or English, several instructors choose to engage in multilingual language practices indexing their own personal styles and cosmopolitan identities (Schneider 2010) showcasing yoga as not only a community of practice (Holmes & Meyerhoff 1999; Madsen 2015) that cuts across national, linguistic, gendered, racial and ethnic boundaries, but a transcultural, semiotic and global practice where ‘diversity’ is celebrated.

Benson, Michaela & Osbaldiston, Nick. (2016). Toward a critical sociology of lifestyle migration: re-conceptualizing migration and the search for a better way of life. The Sociological Review, 64, 407–423.

Holmes, Janet & Meyerhoff, Miriam. (1999). The Community of Practice: Theories and methodologies in language and gender research. Language in Society 28:173–83.

Sarbacker, Stuart Ray. (2014). Reclaiming the Spirit through the Body: The Nascent Spirituality of Modern Postural Yoga. Entangled Religions: Interdisciplinary Journal for the Study of Religious Contact and Transfer 1 (3) 95-114.