"The voice from below": Norwegian language reforms in the 21st century

Chapter by Unn Røyneland in In Search of Universal Grammar: From Old Norse to Zoque, 2013. 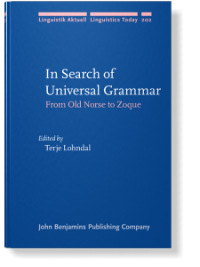 This paper considers the most recent developments in Norwegian language policy and planning, focusing in particular on the latest Nynorsk language reform proposal (2011). A key objective of this language reform was to include “the voice from below” (e.g. Linn 2010) in all stages of the process in order to ensure democratic legitimacy and user acceptance of the proposed reforms. It is thus important to ask whether, and to what extent, this intention has actually been realized. The argument made here is that the answer significantly depends on the extent to which the openness of the process is traceable in the content of the proposal.

Access the chapter on the homepage of In Search of Universal Grammar: From Old Norse to Zoque.