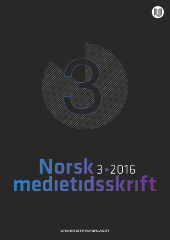 Political interviews during election campaigns are an important source of information on political parties and programs for citizens. The kind of information the interviews produce is highly dependent on the interaction between journalist and politician. This article examines the journalistic strategies that faced party leaders on NRK and TV 2 in 2013. The material consists of 17 political interviews, evaluated with models from conversation analysis in order to describe degrees of adversarialness. We compare our findings from similar studies made in 2009 and 2005. Our most important findings are that party leaders were being asked more open questions than previous years, enabling politicians to communicate their policies with a lesser degree of journalistic control. We also find that the political left and the political right are treated differently, but that the journalistic strategies are governed by incumbent/challenger-distinctions rather than a left/right-axis.

Access the article on the homepage of Norsk medietidsskrift.