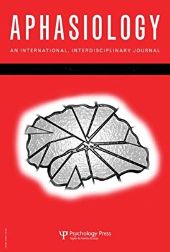 Two sentence completion tasks testing the production of subject–verb Agreement, Tense/Time Reference, and Mood were administered to 16 Greek-speaking and 10 Italian-speaking individuals with mild-to-moderate AD, as well as to 16 Greek-speaking and 11 Italian-speaking neurologically intact individuals who were matched with the participants with AD on age and education. Mixed-effects models were fitted to the data.

The results indicate that the production of verb-related morphosyntactic categories can be impaired in mild-to-moderate AD. The different patterns observed in the two languages are partly attributable to the different way these languages encode Mood. The group results (of both the Greek- and Italian-speaking participants with AD) do not lend support to the PADILIH, whereas only the results of the Italian AD group are fully consistent with the IFIH. However, the individual data are consistent with the PADILIH, and the IFIH is informed by the present data and modified accordingly so that it can capture cross-linguistic patterns of morphosyntactic impairment.