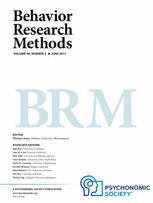 Imageability is a psycholinguistic variable that indicates how well a word gives rise to a mental image or sensory experience. Imageability ratings are used extensively in psycholinguistic, neuropsychological, and aphasiological studies. However, little formal knowledge exists about whether and how these ratings are associated between and within languages. Fifteen imageability databases were cross-correlated using nonparametric statistics. Some of these corresponded to unpublished data collected within a European research network—the Collaboration of Aphasia Trialists (COST IS1208). All but four of the correlations were significant. The average strength of the correlations (rho = .68) and the variance explained (R2= 46%) were moderate. This implies that factors other than imageability may explain 54% of the results. Imageability ratings often correlate across languages. Different possibly interacting factors may explain the moderate strength and variance explained in the correlations:

The results suggest that imageability ratings may be used cross-linguistically. However, further understanding of the factors explaining the variance in the correlations will be needed before research and practical recommendations can be made.

Access the article on the homepage of Behavior Research Methods.