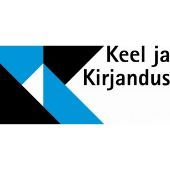 The article examines, and questions, the centering of the state as the primary language policy actor particularly in the context of Estonia. In responding to several paradigmatic shifts in the field of language policy and planning, including a critical turn that shifted researchers’ attention to language users, the authors explore the multiple expressions of language policy and introduce language policy actors other than the state. The article opens with an introduction to the core concepts of language, policy, and state with attention to the multiple interpretations and examples that challenge current understandings of these ideas. The authors then turn to present the case for an Estonian focus. First, Estonia is situated on multiple borders – geopolitical and linguistic among others (resulting in the country’s rich language ecology) – that reflect political and migratory shifts over time. Second, Estonia represents a case of dynamic state-building. From the enduring commitment to being “European” to legal restorationism and neoliberal economic policies, language policies are developed in a multifaceted, changing context. The article then presents a fresh focus on language policy and Estonia by moving beyond the past, dominating foci of research on the temporal border which either fixed Estonia in a post-Soviet, Baltic, and European Union frame or tethered it to a singular development, particularly to “solving” the Russian problem. While these frames dominate research, other geographic imaginaries, like the Baltic Sea Region, lend themselves to a redrawing of the lines and influence of the language-policy power of the state. The authors also examine the powerful decentering of the state in language policy through attention to globalization, migration, and regionalization. Finally, the article explores the enduring ways the Soviet “covert” language policies continue to shape contemporary Estonian language policies.