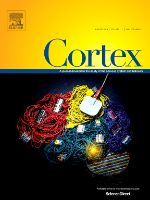 Reading a word activates morphologically related words in the mental lexicon. People with Alzheimer's disease (AD) or Mild Cognitive Impairment (MCI) often have difficulty retrieving words, though the source of this problem is not well understood. To better understand the word recognition process in aging and in neurodegenerative disorders such as MCI and AD, we investigated the nature of the activation of morphologically related family members in 22 Finnish speakers with AD, 24 with MCI, and 17 cognitively healthy elderly. We presented Finnish monomorphemic (base form) nouns in a single-word lexical decision experiment to measure the speed of word recognition and its relation to morphological and lexical variables. Morphological variables included morphological family size (separate for compounds and derived words) and pseudo-morphological family size (including the set of words that have a partially overlapping form but that do not share an actual morpheme, e.g., pet and carpet, or corn and corner). Pseudo-morphological family size was included to examine the influence of words with orthographic (or phonological) overlap that are not semantically related to the target words. Our analyses revealed that younger and elderly controls and individuals with MCI or AD were influenced by true morphological overlap (overlapping forms that also share meaning), as well as by the word's pseudo-morphological family. However, elderly controls and individuals with MCI or AD seemed to rely more on form overlap than young adults. This demonstrates that an increased reliance on form-based aspects of language processing in Alzheimer's disease is not necessarily due to a partial loss of access to semantics, but might be explained in part by a common age-related change of processes in written word recognition.