UiO Faculty of Humanities Center for Multilingualism in Society across the Lifespan
Main navigation
Back to uio.no
Sub navigation Menu
Publications > 2019 > The phonology of children's early words: Trends, individual variation, and parents' accomodation in child-directed speech 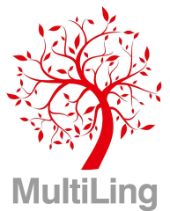 The mental lexicon is dynamic and changes throughout the lifespan, but how does it begin? Previous research has established that children's first words depend on their communicative needs, but also on their phonetic repertoire and phonological preferences. In this paper, we focus on the phonological characteristics of children's first words, primarily looking at word-initial labials and word length in Norwegian children's first words, as well as at how parents accommodate to child patterns in their speech. Comparing the Norwegian child data with data from children speaking five different languages, we examine how the child's emergent lexicon is on the one hand shaped by the input of the ambient language, but on the other hand limited by more common phonological characteristics of child speech. Based on data from parental reports (CDI), we compared the 50 first words in Norwegian to those in Danish, Swedish, English, and Italian, analyzing two phonological aspects: word initial bilabials and word length in syllables. We found that Norwegian-speaking children follow the children speaking these other languages in having an affinity for word initial bilabials, but that the proportions of mono-, di-, and polysyllables vary depending on the language acquired. Comparisons of the Norwegian child data with samples of adult directed speech (ADS) and child-directed speech (CDS) revealed more word-initial bilabials and shorter words among children than among adults. The CDS was more similar to children's speech than ADS concerning the two phonological aspects dealt with here, which suggests that parents accommodate to children in phonologically detailed ways.

Read more on the homepage of Frontiers in Communications.