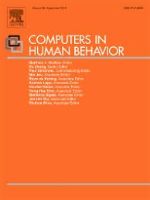 Studies have indicated that video gaming is positively associated with cognitive performance in select cognitive domains, but the magnitudes of these associations have been called into question, as they have frequently been based on extreme groups analyses that have compared video gamers with non-gamers. When including the whole range of participants, and not just extreme cases, these effects were observed to reduce markedly (Unsworth et al., 2015). To further study this issue, we compared the associations between video gaming and aspects of working memory (WM) performance in an extreme groups design to those of a design that includes the full range of participants in a large adult sample (n = 503). WM was measured with three composite scores (verbal WM, visuospatial WM, n-back). The extreme groups analyses showed that video gamers performed better than non-gamers on all three WM measures, while the whole sample analyses indicated weak positive associations between the time spent playing video games and visuospatial WM and n-back performance. Thus, study design modulated the effects, but two of the three associations between WM and video gaming were consistent across both analysis techniques. A separate study confirmed that our questionnaire-based estimate of gaming hours was reliable when compared with one-week diaries of videogame playing. While the present cross-sectional results preclude causal inferences, possible mechanisms of WM – videogame playing associations and future research directions are discussed. Overall, our results indicate that cognition – videogame playing relationships, albeit weak, are not solely due to recently discussed methodological artefacts concerning the particular analytical approach and survey reliability.