UiO Faculty of Humanities Center for Multilingualism in Society across the Lifespan
Main navigation
Back to uio.no
Sub navigation Menu
Publications > 2019 > The production of passives by English-Norwegian and Turkish-Norwegian bilinguals: a preliminary investigation using a cross-linguistic structural priming manipulation

The production of passives by English-Norwegian and Turkish-Norwegian bilinguals: a preliminary investigation using a cross-linguistic structural priming manipulation 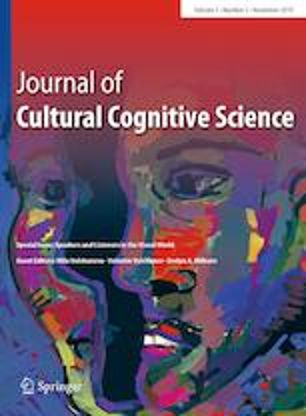 This preliminary study tested cross-linguistic structural priming of passives in two groups of adult bilinguals speaking Norwegian-English and Norwegian-Turkish to understand the nature of syntactic mental representations in bilingual minds. Passives in spoken Norwegian are structurally similar to those in English, whereas passives in Turkish are distinct in being morphologically constructed. A shared syntax account based on the similarity of the structures would predict structural priming effects for the Norwegian-English group but not the Norwegian-Turkish group. Results of a computerized picture description task showed that participants provided more active descriptions than passives, but did not indicate any priming in terms of an increased likelihood of repeating the type of the prime they heard in Norwegian in their target picture description in English or Turkish. This can be related to the small sample size or the observation that there were too few passive productions overall. We thus ran an additional analysis which indicated that participants were more likely to produce passives when the target pictures contained inanimate agents. We also ran a separate analysis on Turkish target responses, which did not reveal an effect of prime type on the emphasis of thematic role (agent vs. patient). However, this analysis also showed that pictures with inanimate agents were more likely to be described with target structures emphasizing the patient rather than the agent. We suggest that further research is required to get a clearer picture of the role of the similarity of passives in cross-linguistic structural priming.

Read more on the homepage of Springer.