Modelling acquisition and use of dialectal, standard and multiethnolectal features in migratory contexts across Europe 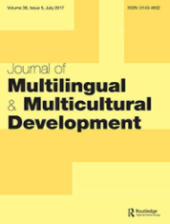 Large scale in-migration waves of people speaking a diversity of languages into those parts of Europe which used to be called ‘western Europe’ before 1989 have fundamentally changed the linguistic landscapes of these countries. These social and demographical transformations represent a considerable challenge for linguistics, and in many parts of Europe, linguists have accepted this challenge. However, the question of how this new linguistic heterogeneity interacts with the continent's most cherished traditional linguistic heterogeneity, which are the European dialects, has hardly been addressed. In this volume, we approach this issue for the first time in a transnational and systematic way, presenting research on various European countries (Denmark, Finland, France, Germany, Norway, Switzerland and The Netherlands). We have singled out one particular question regarding dialects and immigration, which seems to be one of the most interesting ones at the present point of sociolinguistic development: How speakers born and raised in immigrant families employ (or do not employ) regional or dialectal features in their everyday language. Hence, we look at those speakers who are also said to be the inventors and users of so-called multiethnolects (i.e. people who either immigrated at a very young age or who have second-generation immigrant backgrounds).

Read more on the homepage of Taylor & Francis Online.