UiO Faculty of Humanities Center for Multilingualism in Society across the Lifespan
Main navigation
Back to uio.no
Sub navigation Menu
Publications > 2020 > Quantifying sources of variability in infancy research using the infant-directed speech preference 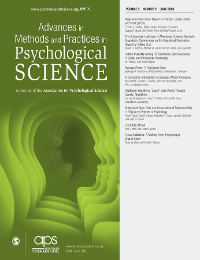 The field of psychology has become increasingly concerned with issues related to methodology and replicability. Infancy researchers face specific challenges related to replicability: high-powered studies are difficult to conduct, testing conditions vary across labs, and different labs have access to different infant populations, amongst other factors. Addressing these concerns, we report on a large-scale, multi-site study aimed at 1) assessing the overall replicability of a single theoretically-important phenomenon and 2) examining methodological, situational, cultural, and developmental moderators. We focus on infants’ preference for infant-directed speech (IDS) over adult-directed speech (ADS). Stimuli of mothers speaking to their infants and to an adult were created using semi-naturalistic laboratory-based audio recordings in North American English. Infants’ relative preference for IDS and ADS was assessed across 67 laboratories in North America, Europe, and Asia using the three commonly-used infant discrimination methods (head-turn preference, central fixation, and eye tracking). The overall meta-analytic effect size (Cohen’s d) was 0.35 [0.29 - 0.42], which was reliably above zero but smaller than that found in a previous meta-analysis (0.72). The IDS preference was significantly stronger in older children, in those children for whom the stimuli matched their native language and dialect, and in data from labs using the head-turn preference procedure. Together these findings replicate the infant-directed speech preference but suggest that its magnitude is modulated by development, native language experience, and testing procedure.

Read more on the homepage of Sage Journals.