UiO Faculty of Humanities Center for Multilingualism in Society across the Lifespan
Main navigation
Back to uio.no
Sub navigation Menu
Publications > 2020 > Rhotic underspecification: Deriving variability and arbitrariness through phonological representations

Journal article by David Natvig in Glossa: a journal of general linguistics, 5(1), published May 19, 2020. 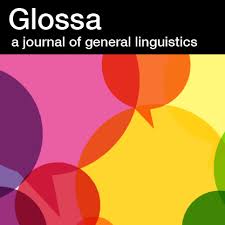 Rhotics show considerable surface variation, which has precluded classification based on cohesive articulatory or acoustic properties. Yet they tend to display consistent patterns of behavior in relation to other phonemes within the phonological system. In this article, I argue that this apparently conflicting behavior among r-sounds is a direct result of the lack of positive content in their phonological representations. That is, the basic phonological structure of a rhotic is an unspecified consonant sonorant, which I define based on their underspecified contrastive oppositions to other phonemic categories. This proposal captures the seemingly arbitrary relationship between the phonetics and phonology present among r-sounds and accounts for why corresponding degrees of divergent surface forms are not attested for other phonological categories.

Read more on the homepage of Glossa.