UiO Faculty of Humanities Center for Multilingualism in Society across the Lifespan
Main navigation
Back to uio.no
Sub navigation Menu
Publications > 2020 > Dialect Diversity and Migration: Disturbances and Dilemmas, Perspectives from Norway

Dialect Diversity and Migration: Disturbances and Dilemmas, Perspectives from Norway 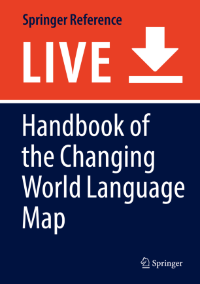 Globalization and concomitant social, cultural, political, and economic processes have promoted both spatial and symbolic mobility leading to increased linguistic complexity. The ambiguity of this linguistic complexity in its social and political dimensions is discussed in this chapter. With Norway as a case, the assumption that linguistic diversity is inherently valuable and the often accompanying notion that there is a natural fit between diversity and democratic egalitarianism are questioned. Norwegian society is, relatively speaking, positive in its attitudes toward linguistic variation with dialects widely used by people in all social strata in both informal and formal settings. There are two written norms of Norwegian, but no spoken standard. Many new Norwegian speakers find this linguistic diversity difficult and challenging to learn. Should Norwegians stop using dialects in order to accommodate the increasing immigrant population? Or should new speakers be expected to learn to understand Norwegian with all its diversity? Questioning the value of dialect diversity runs contrary to the very grain of democratic ideals in Norway. The regimes of language ideologies emerging in this situation are discussed, while drawing on theoretical frameworks underlying studies of language ideologies and democracy. Methodologically anchored in participant observation and previous research, this study also draws on media debates touching on local and global discourses in Norway. By addressing disturbances and dilemmas of linguistic complexities in society, a better understanding may come to light regarding the challenges and possibilities linguistic diversity may offer for the individual in a multilingual society.

Read more on the homepage of Springer.