Civilization is defined by “the others”

Our encounter with other cultures creates a need to label our own culture and traditions. 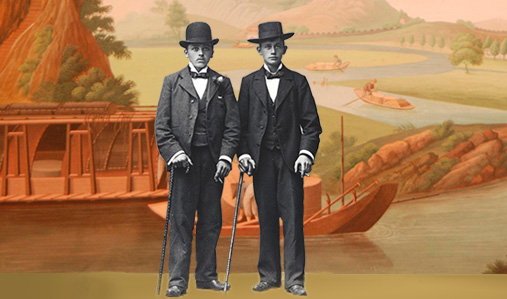 What does it mean to be a civilized person? A civilized nation? How are these notions changing over time? And from one country to another? In the recently concluded project Civility, Virtue and Emotions in Europe and Asia, researchers from several different countries and disciplines have studied these questions. One of the initiators is Professor Helge Jordheim, Academic Director for the inter-faculty research programme KULTRANS.

Jordheim and his colleagues have studied what was considered to be civilized behaviour in Europe and Asia in the late 19th and early 20th centuries.

– Western identity and mores were formed by the encounter with non-Western cultures, Jordheim states.

The period studied by the researchers was one characterized by imperialism. In light of this, the relationship between “the West and the rest” is particularly interesting, Jordheim claims.

– In Western Europe, the prevailing notion was “civilization, that’s us”. Even in Asia, the idea that standards were defined by the West tended to prevail. Implicitly, the objective was: how can we catch up with the West?

A boost in self-confidence

At the same time, there was a clear perception in Asia about not just mimicking the West, Jordheim emphasizes. The Asian countries were concerned with “finding their own path”.

– A challenge for the entire project has consisted in avoiding the pitfall of thinking that all influence emanated from Western Europe. It’s not as simple as that. For example, we can see that there was a widespread exchange of ideas between the Ottoman Empire and the Arabic and Persian cultures, which also had an impact on the Urdu-speaking population of India. Thus, the influence appears to be far less homogenous than we have previously assumed, Jordheim says.

He believes that the Russo-Japanese War in the early 20th century was a key event for the Asian civilizing process.

– This was the first time that Asia defeated the West. It resulted in a real boost in self-confidence, and had an impact on the kinds of ideas that were nurtured, Jordheim says.

Similarly, the researchers have been interested in how the civilizing influence to some extent ran in the opposite direction – from East to West.

The written word shapes our thoughts 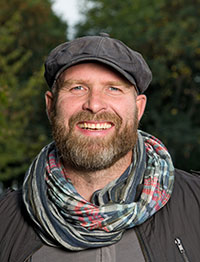 Helge Jordheim is Academic Director for the inter-faculty programme KULTRANS, which helped initiate the project Civility, Virtue and Emotions in Europe and Asia. The project has cooperated with the prestigious Max Planck Institute for Human Development in Berlin. Photo: John Hughes

Jordheim and his colleagues have mainly studied different types of texts from the countries included in the project.

– We have looked at a lot of self-help literature, such as “how to become a better person” and literature on “etiquette”. We have also studied political documents that present ideas of how the nation should be formed. In addition, we have studied texts from encyclopaedias, which help explain concepts.

Jordheim points out that such texts help mould the views of the population in a particular manner.

– They help inculcate and foster certain emotions, while suppressing others. To render a population more civilized, changes must occur at the level of the individual, he says.

– Scandinavia stands apart because civilization is relatively unimportant as a notion. Here, the concept of "dannelse" (formation) is used to refer to the same, Jordheim states.

Scandinavia is different also in other respects, mainly due to the Scandinavian population’s relationship to nature.

– The entire idea of civilization involves abandoning nature and the natural state. This is problematic in Scandinavia, and especially in Norway, since so much of our identity is associated with nature, he says.

Jordheim argues that much of what is traditionally regarded as a development in the right direction in other countries will not be perceived in the same way in Scandinavia.

For example, migration to the cities will not necessarily be regarded as a sign of progress. The Scandinavian discourse fosters ideas and notions of nature as the ideal – not civilization as such. Viewed thus, the idea of civilization is paradoxical, he says.

Jordheim believes that this notion of nature is also reflected in the kinds of emotions that are regarded as “civilized” in Scandinavia.

– In many other countries, the civilizing process entails that emotions must be curbed. This is not necessarily so in Scandinavia. Emotions that are presumed to be natural, such as courage, anger and maternal instincts, are also regarded as desirable, he says.

In his research, Jordheim has been concerned with how these notions of civilization, nature and emotions helped Social Darwinism gain a firm foothold in Scandinavia, especially in Norway.

– Ideas that were explained on the basis of nature had already gained widespread acceptance. With Social Darwinism, “civilized” ideas could be integrated while nature maintained its position, Jordheim claims.

Jordheim says that what makes the project particularly interesting is its wide scope – from the private realm, to global matters.

– It is important for all countries to appear civilized. How civilized a country is considered to be determines its position in the “global pecking order”, he says.

KULTRANS - Cultural transformations in the age of globalization