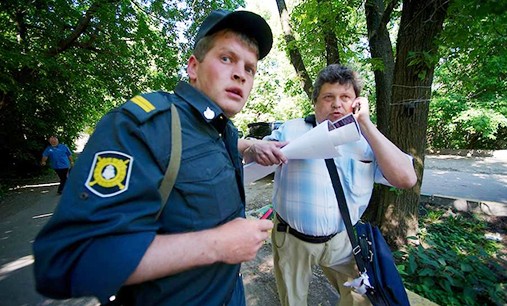 Selective law enforcement is a well-known phenomenon in authoritarian regimes. Håvard Bækken has investigated this phenomenon in Russian politics from 2007 to 2011. He has studied how laws and regulations are being used selectively against regime critics and opposition politicians in Russia.

“This is a use of power which is by itself neither legal nor illegal, but often somewhere in between. It is also somewhere between formal and informal. Selective law enforcement resides in the political grey-zone, and is therefore hard to grasp,” says Bækken.

“There are numerous cases, and no two are alike. But they do have common traits. It is a particular form of repression, which in many ways is more sophisticated than repression exercised with truncheons.”

Its purpose is to control the arena for political expression, Bækken points out. Wherever the truncheons cannot reach, manipulated rules and quasi-legal harassment may be used instead.

“And this phenomenon is widespread,” he states.

“The businessman Khodorkovsky has attracted attention for a decade, and more recently the protest group Pussy Riot. Most people erroneously assume that these are unique cases, while in reality they are just the tip of the iceberg. This method of restricting freedom of speech is found all over Russia, at all levels: federal, regional and local. I have studied around fifty lesser known cases.”

Bækken has studied Russian politics for nine years. His thesis is based on analyses of legal texts and judicial proceedings, and on extensive fieldwork in Russia. 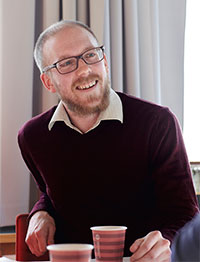 Bækken has interviewed between 40 and 50 opposition politicians and regime critics in a dozen cities in various regions of Russia. His focus is on three legal areas in particular: the anti-extremism law, the copyright law and legislation pertaining to candidates registering to run for elected office.

“The legal texts in these areas have been subject to a lot of criticism. They are unnecessarily bureaucratic and often self-contradictory. In total, it appears to be near impossible to abide by them to the letter. In other words, you can find a law suited for any purpose.”

“So everybody can be accused of something?”

“Yes, my informants told me that a case can be raised against anybody. And it may drag on for years. The prescribed penalties are harsh, and prison sentences are not uncommon. However, the concept of punishment must be viewed subjectively. Someone who is constantly harassed, for example by being subjected to repeated inspections and interrogations, will perceive this as punishment, even though he or she escapes formal sanctions.”

“As one informant put it: ‘This takes years of our lives’.”

Office raids and seizures as a warning

In 2007, a large international political meeting was held in the industrial town of Samara, with demonstrations going on outside.

“Prior to the meeting, Novaya Gazeta, a newspaper which is critical of the regime, and Golos, an organization working for free and fair elections, both had their offices raided by special police units. All their computer equipment was seized. Characteristically, it was claimed that they were suspected of using unlicensed software. This is a recurrent topic in these copyright-related cases,” Bækken explains.

In this specific case, the newspaper and Golos won. Microsoft was also involved in the case.

“It was proven that the evidence had been forged. However, illegal downloading of software happens often. In the provinces this has been used as a pretext and as an effective method to stop free speech. It sends a clear message to other critical newspapers and organizations: Now you see how this will end!”

The deterrent effect is central in this quasi-legal harassment, Bækken claims.

“The authorities deceive nobody. They don’t need to. However, they send out a double message: they refer to laws and regulations and thereby deny that their interference is politically motivated. At the same time, the deterrent message which is aimed at other regime critics is very clear.”

“An even greater and increasing problem in the provinces is that many candidates are blocked from running for office,” Bækken says. The election committees are controlled by the regional administration, which in turn is fused with the largest political party, more or less.

Regulations for candidates who want to register to stand for election are so incredibly arcane that it is an easy matter to stop those who are critical of the regime. The right to stand for election is enshrined in the Constitution, but that is of little help when ridiculous details prevent the registration from being approved.”

“A typing error will be sufficient?”

“Absolutely, and there are numerous other hair-raising examples. In Russian, there are two words for mayor. If a person has used one, he is told that he should have used the other. Thereby, he is accused of having submitted false information.”

“Is this also a form of corruption?”

“Corruption is part of the total picture. I avoid this term, however, since corruption is illegal. What is done in these cases is a kind of law enforcement.”

Only the most dedicated persist

Russian politics is characterized by contradictions, Bækken explains. On the one hand, there is a strong state and a highly formal bureaucracy. On the other, informal networks are numerous and play a key role.

“In addition, Russia has a very particular legal culture. People are cynical about the legal framework because the law is an instrument that can be used for nearly any purpose. Therefore, people have very little regard for the law.”

“Given these circumstances, it is incredible that people continue to criticize the regime,” Bækken points out.

“Politics becomes a form of extremism in itself, and what it means to be oppositional becomes radicalized. Only the most dedicated choose to continue.”