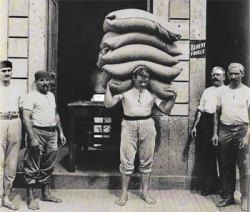 Central to the project was the development of a database (HULA) that will provide information about almost every Norwegian who traveled to Latin America during that period.

The project can be of interest for anyone studying migration in a Latin American context, as it provided new knowledge on the topic and gave a basis for comparative studies. It can also be interesting for families of the migrants, both in Latin America and Norway, as they may be able to acquire knowledge about their ancestors,

In parallel with the development of the database, we implemented a number of sub-studies about Norwegians in Latin America. Some of these are based on the contents of the base and will only be initiated when the base is almost complete. Other made ​​independently of the database.

The Faculty of Humanities at the University of Oslo has funded the development of the HULA database. The Research Council of Norway, Latin America Program, has provided funding for three years from August 2011.

The project was supervised by Steinar A. Sæther, associate professor at the Department of Literature, Area Studies and European Languages at the University of Oslo. Participants include researchers and doctoral fellows a the universities of Bergen, Oslo and Stavanger, the Norwegian Emigrant Museum at Hamar, Universidad Nacional de Quilmes (Argentina) and Museo do Imigrante in São Paulo (Brazil).

The HULA database is no longer available online. Please contact Professor Steinar A. Sæther if you have any questions.