Marianne is our new research colleague in Rome

The Norwegian institute in Rome welcomes Marianne Ritsema van Eck as our new post-doctoral fellow. Marianne will develop for the next three and a half years her research project under the title St Helena and the city of Rome: re-inventing the late antique Christian past in early modernity (ca. 1450-1650). 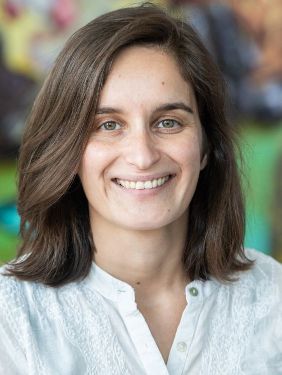 Marianne Ritsema van Eck is a historian of religion specialized in the late medieval and early modern period, with a particular interest in religious expressions at the intersection of visual, material, and textual culture.

The emergence of new myths, heroes or legends usually have something in common: crises. In critical moments, institutions, governments, or powerful figures tend to resort to the past as a form of legitimation. It is the historical moment in which one lives that dictates the rules of the reinvention of that past, and the way in which this process will benefit those interested in it.

Why did Saint Helena, who lived in the fourth century AD, have her image revived and re-signified during the late medieval and early modern periods? What were the intricacies that associated her image with Rome and Roman Christianity? How did this process take place? These are just some of the questions that will permeate Marianne’s work, who during this early stage of her research offers some hypotheses and many speculations.

Marianne says that Emperor Constantine, the first emperor to convert to Christianity, was a problematic figure for the Catholic church. He had his wife Fausta killed, for example. Perhaps for this reason, Saint Helena, Constantine's mother, sometimes came to be favoured in this rapprochement of the Catholic Church and the papacy with the Rome of the early Christians. The Protestant Reformation endangered papal authority and the survival of Catholicism, so a counter-reformation needed to be set in motion with the help of new iconic figures who would contribute to the promotion of the values the Church sought to transmit. Empress Helena was central to the process of transition from paganism to Christianity in Rome.

Just as the Virgin Mary, who defeated evil by being inspired by the Holy Spirit and bringing Jesus into the world, so did Saint Helena by finding the Holy Cross where Christ was crucified. Ambrose, one of the church fathers, was one of those who made this comparison between the two. In the pantheon of the most important early modern female saints, Saint Helena made it to the top five or ten, jokes the researcher.

Her research will bring an innovative cross-disciplinary perspective, analysing both material and textual culture to understand the emergence of this Roman Helena legend. In the case of material culture, individual sites, such as the basilica Santa Croce in Gerusalemme, and relics will be used as research sources. Hagiography, on the other hand, which falls under textual culture, will help to shed light on the when and how this legend became so important. Marianne sees her research as the perfect opportunity to combine stories, iconic objects, and locations as sources and hopes to contribute new insights to the study of late medieval and early modern religious art history.

Italy has always been at the heart of her research, so living in Rome seemed like the next step. Especially considering that Marianne always thought that if she had the opportunity to live in Rome, she would seize this chance. Here, Marianne will be able to explore different layers of history in a very pleasant environment. In addition, she will be one of the teachers at the course ROMA2020 - Rome - place and symbol.

On a final note, she leaves some encouragement for future researchers and students – especially of History – saying that studying history is exploring other worlds. When we are always in such close contact with the past, we can start see things from a different angle, and that is challenging. By looking at the past, we can better understand the traditions and values that formed us, and even find solutions to modern problems through past experiences.

Marianne holds a PhD from the University of Amsterdam, and worked as assistant professor in medieval history at Leiden University in the Netherlands before coming to Rome. See our webpages for more information about Marianne Ritsema van Eck.