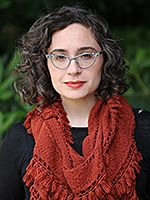 I research the history of emotions (focusing on grief and mourning), the cultural history of death and dying, and constructions of gender in the literatures of medieval Ireland, Britain, and Iceland.

My current project is a comparative study of how medieval authors/redactors use depictions of burial, death, and the dead to articulate and emphasize connections between place and identity, in order to advance claims of cultural, ancestral primacy over contested or colonized landscapes. The main focus of the project will be on vernacular and Latin texts composed in Ireland and Britain (primarily Wales and the Welsh Marches) during and after the period of Norman colonization, but I will also be looking at texts from medieval Iceland and Anglo-Saxon England.