This project will create better understanding of the relationship between literature and democracy. 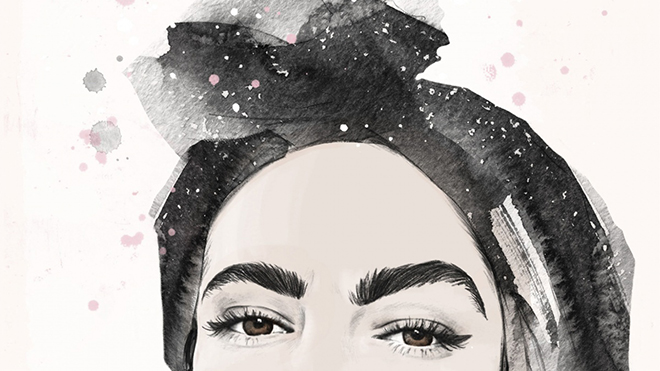 Illustration by Esra Røise from the cover of the book Skamløs written by Amina Bile, Sofia Nesrine Srour & Nancy Herz.

Migration to Scandinavia from outside Europe’s borders challenges perceptions of Scandinavian identity, resulting in novel forms of both national exclusion and inclusion. This has led a new generation of authors to speak up for themselves, gaining empowerment and claiming their right to social citizenship through literature.

In the project "Unashamed Citizenship: Minority Literary Voices in Contemporary Scandinavia" we will analyze how especially minoritized woman writers make use of their personal and collective experiences. We will investigate how they compare to, and are inspired by, similar movements in other countries, past and present, including decolonizing movements and the American civil rights movements. We will also include literature written by indigenous peoples in our study. Finally, we will investigate how these voices are "canonized" in educational material in Scandinavian schools.

The project is interdisciplinary, and includes scholars from the fields of literature, education, gender studies, and political science.

We will analyze literary activism from three main perspectives:

Our goal is to create and disseminate better understanding and awareness of the relationships between literature and democratizing processes. Doing so we will take into account questions of gender, ethnicity, religious affiliation, generation, nationality, and globalization.