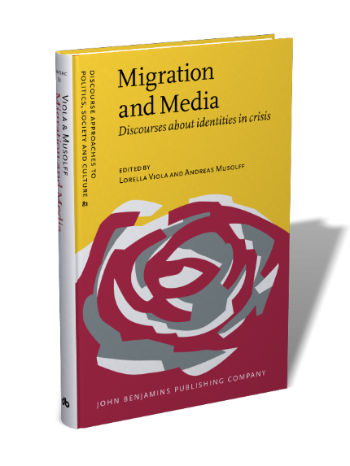 Migration debates as crises of identity

The migration debate is characterised by a growing sense of crisis in both personal and collective identities. From this viewpoint, discourses about immigration are always attempts at reconstructing the threatened ‘home identity’ of the respective host society. It is such attempts that are the focus of the volume "Migration and Media", which explores the representational strategies used to frame current migration debates as crises of identity, collective and individual.

In their study, Saric and Radanovic Felberg conclude that migrants are generally positively represented, which is congruent with the official policies of Croatia and Serbia. This positive representation was frequently used for positive self-evaluation of these countries’ influential social actors, and negative evaluation of neighbouring countries. The chapter employs macro- and micro-linguistic analysis within the theoretical framework of critical discourse analysis and multimodal analysis.

Read more about the book and the chapter at John Benjamins Publishing Company.