Lecture by Till Dembeck, University of Luxembourg 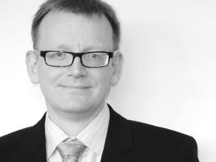 Till Dembeck is Professor for German Literature and Media Didactics at the Université du Luxembourg. His current work is devoted to literary multilingualism, 19th century lyric poetry and the history of linguistics. One of his recent publications is Literatur und Mehrsprachigkeit. Ein Handbuch (Tübingen: Narr 2017, ed. with Rolf Parr).

The foundations of today’s European language regimes have in large parts been laid during Romanticism. More particularly, it was Romanticist thinkers who established what is today called the ‘monolingual paradigm’, i.e., the notion that it is natural for a human individual to master one language as his or her mother tongue. The monolingual paradigm has subsequently been put into use by national movements all over the world– with very far-reaching sociocultural effects. Combined with the idea of universal translatability, it is also at the heart of today’s notion of Europe, at least as it is constituted in the European Union and other international institutions.

This lecture is about an alternative politico-cultural strand of Romanticism that runs against the mainstream of monolingual, national thinking and rather aims at fostering forms of linguistic and cultural diversity that cannot be reduced to the simple multiplication of countable language units, i.e., to the notion that multilingualism is nothing but the multiplication of ‘monolingualisms’. This alternative form of Romanticism, often neglected by scholarship, views the multiplicity and fuzziness of the ways in which we use language, as a free-floating resource that can be drawn on to make sense of the modern world. Arguing from a distinctly philological point of view, the lecture proposes a conceptual framework that differs from linguistic descriptions of multilingualism and then develops its main thesis in readings of selected literary works by authors from European Romanticism such as Herder, Goethe, Lord Byron, and Hugo.