Reading fiction can change your life

The power of reading fiction has been scientifically proven. Art can change your perception of yourself and others. 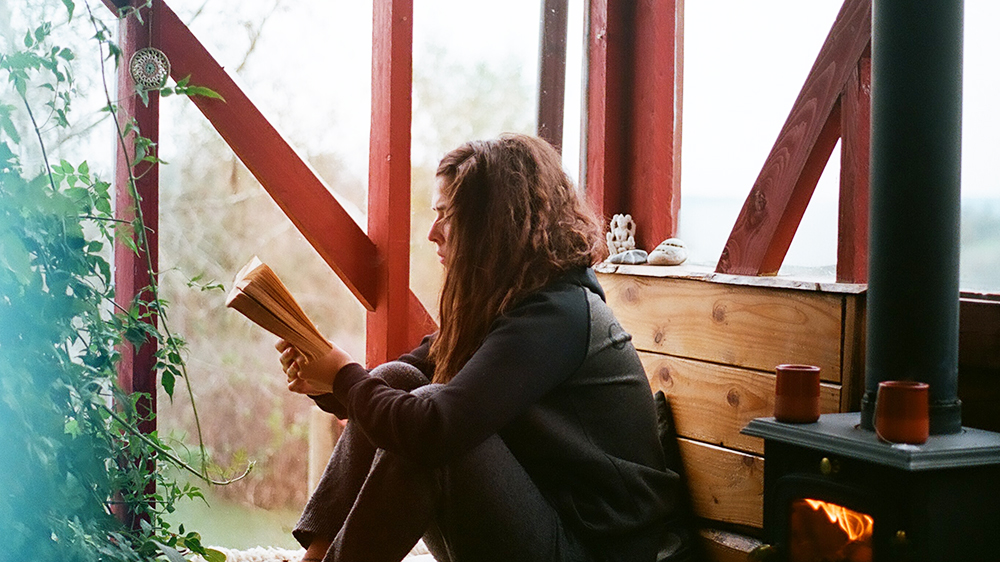 Reading fiction can have an impact on creativity, language awareness and empathy.

Have you ever experienced that reading a book can change your perception of someone you know? Or that it leads you to see your own experiences in a different light?

Whether this sounds familiar or not, the potential is there.

“We have empirical evidence to support the claim that reading fiction can really change your life,” says Olivia Da Costa Fialho.

Fialho is a postdoctoral fellow in empirical literary studies at the University of Oslo. Even though she is a literature scholar, she is seeking hard facts about what literature does to the reader.

Change in perception of self and others

Since the early philosophers Aristotle and Plato, many have argued that art affects emotions.

“In Plato's Republic, poets were to be banned from the ideal city. They were feared for their assumed power to satisfy and delight audiences’ emotions, and changing their perceptions,” says Fialho.

In Poetics, Aristotle describes how a tragedy can evoke fear and compassion, followed by a cleansing – catharsis.

“So the power of literature to change perceptions of the self has been discussed for thousands of years.”

Now, Fialho and her colleagues within the new and vital field of empirical literature studies have gathered evidence that Plato’s fear was justified.

“Today, I can say that literature can change lives, and especially change your sense of self. We are supporting Aristotle’s catharsis model, but it is only one among many models, as literature can bring about different forms of change in your life.”

Instead of focusing on aspects of the text, Fialho’s interest lies with the reader’s encounter with a text.

To understand the experience of transformative reading, she has developed a research methodology called LEX-NAP. It is a mixed methods procedure, in which she uses insights from linguistics, qualitative phenomenological methods and quantitative methods.

She asks informants to read specific short stories or texts of fiction, and conducts interviews about their experiences. She then codes and categorizes the different experiences.

Fialho also asks her informants to bring novels that have had a transformative impact on their lives. After years of doing this, she has compiled a list of transformative fiction, featuring both classics and new fiction.

Some of the titles:

“They are usually works that are regarded as good literature,” says Fialho.

“Will good literature always change the reader for the better?”

“We would like that to be true. Scientifically, we know that there is change, but if it is a change for the better or for worse, we cannot say yet. Both can be true.”

“But what I can say so far is that if you want to read something transformative, it has to be fiction, and it has to be literary.”

Reading the newspaper or a non-fictional text is somehow not enough, according to Fialho. Other art forms can contribute to transforming you, however.

“Literature gives you the opportunity to revisit concepts of life and how you relate to others. I believe that other forms of art also have the same power, like looking at a painting, listening to music or watching a movie.”

When reading a book, you can be intrigued by the story, or the characters. These are different modes of transformative reading, according to Fialho.

“In situation-centered reading, the readers start engaging with the story mood, and they talk about the setting or the imagery of the story,” she says.

The readers empathize with the characters, but these are not central to their experience.

“Central to their experience is a form of ‘tough love’ for the narrative, where readers might sympathize with the protagonist, but there can also be negative feelings, either rejection or not accepting who the character is and yet there is positive evaluation of the narrative and the way it is written.”

The second mode is centered on the protagonist.

“In protagonist-centered reading, the readers talk a lot about how the protagonist is different or similar to themselves.”

They revisit the ethical predicaments of the characters by connecting them to themselves or to people they know.

“Here, self-modification occurs through ‘compassionate love’ for the narrative. It is very typical that they reconsider how they will treat people who are similar to the protagonist.”

The reader’s subjective experiences are important in the transformative process.

“When we read stories, it is very typical that we revisit past memories. We understand what the characters go through by remembering similar situations from our past.”

In that way you can reshape concepts about yourself and even choose to act differently, according to Fialho.

So far, the researcher can say that reading fiction affects your perception of yourself and others. Previous studies have shown that it can also have an impact on creativity and language awareness. One of the theories Fialho can confirm with her findings, is about reading and empathy.

“Transformation happens regardless of your scores on empathy. Small transformations occur whether you score high on empathy or not. In intervention studies, however, we have preliminary findings that transformative reading might have a positive impact on empathy.”

In the 19th century, poet and critic Matthew Arnold argued that literature was a school for moral understanding. Fialho builds on that when applying her research in an educational context. In the Netherlands, several high schools have tried her pedagogical program in transformative reading.

“We see that reading is effective in affecting students’ empathic capacities and moral reasoning,” she says.

In the classes, they teach different aspects of the human mind.

“We have a class about how to sympathize with characters. Another is about resonance and identification, for example.”

“Now, as we design a version of the transformative reading program for elementary education in Portugal, we are testing whether literature can be transformative for children.”

She has also carried out reading workshops with business leaders, whom she believes can benefit a lot from reading fiction. If you have never had a transformative reading experience, Fialho can assure you that it is available for most people.

“I guide the reading, so you don’t have to be an experienced reader,” she says.

“After workshops, people who are not used to reading often ask me to recommend more books to read. That is also a transforming experience: opening people’s eyes to the joys of reading fiction.”

Fialho is pleased to see empirical studies of literature growing as a field.

“We ask questions that emerge from literary studies, but we use methods from behavioral sciences, among others, to answer them,” she says.

The breakthrough happened in 2013, when a study by David Comer Kidd and Emmanuele Castano was published in Science. There are now scientific journals, courses and networks that allow scholars to build on these findings and come closer to scientific answers about transformative reading.

“It is all about reflecting on the function literature can have in our lives. Why do we read literary fiction?”

Olivia Da Costa Fialho is a postdoctoral fellow at the department of Literature, Area Studies and European Languages (ILOS) at the University of Oslo. She is part of Literature, Cognition and Emotions (LCE), a research and education initiative at the Faculty of Humanities.

Sign up for the newsletter from Literature, Cognition and Emotions (LCE)