Studies of Multilingual Aphasia is one of the projects made possible by the University of Oslo's funding for five world-leading research communities. 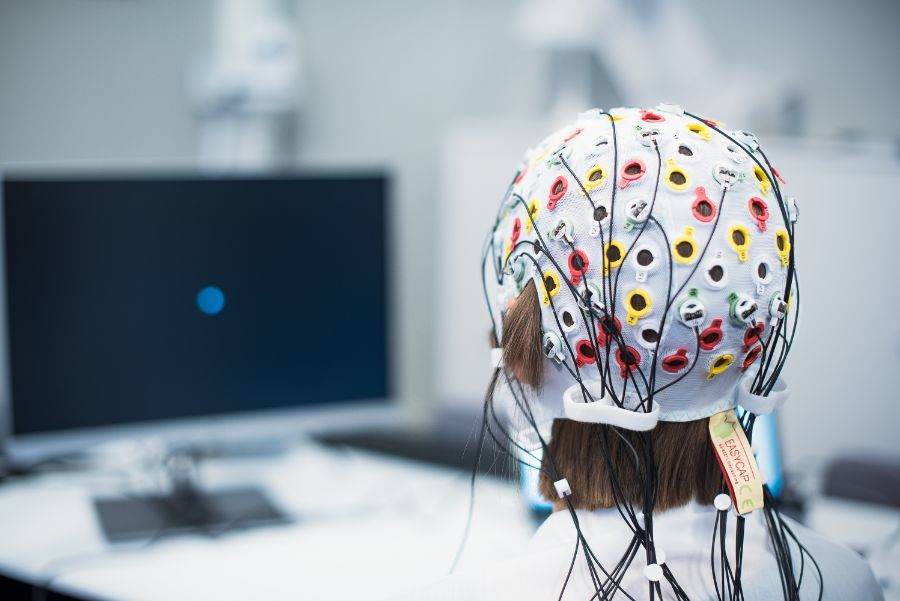 The overarching aim of this project is to understand patterns of language use and recovery in multilingual individuals who acquire aphasia. Variables that have been implicated in determining the degree to which multilinguals have access to all their languages and whether rehabilitation of one language will positively influence the others include language proficiency and use, history of language learning, and structural relations among the languages (e.g., Goral et al., 2006; Lorenzen & Murray, 2008; Paradis, 2004). However, how these variables interact to affect impairment and recovery is still largely speculative.

Furthermore, the extent to which language usage patterns, including language mixing, facilitate recovery and enhance response to therapy is still not understood (e.g., Anslado et al., 2010; Bhat & Chengappa, 2005). The theoretical frameworks guiding the project include neurolinguistics theories of the underlying representation of multiple languages and of the factors that influence the architecture of multiple language processing in the brain (e.g., Green & Abutalebi, 2008), and theories of language mixing in multilinguals (Myers-Scotton, 1993, 2006). We aim to conduct research projects that will answer the following questions:

How do converging and contrastive linguistic structures contribute to the observed impairments in all languages of multilinguals who acquire aphasia resulting from a stroke?

There is research evidence suggesting that shared linguistic elements, such as cognates in the lexical domain, word order in the syntax domain, and similar conjugation systems in the morphological domain, determine whether impairments in multilingual individuals with aphasia appear to be comparable in the different languages (Abuom & Bastiaanse, 2012; Knoph, 2011; Paradis, 2001). That is, in addition to the influence of language learning and language use variables, language specific features may also determine the patterns of language and communication impairments observed in the different languages of a multilingual speaker with aphasia. Additional evidence from a variety of language combinations can illuminate the relationship among the hypothesized underlying representation and processing of multiple languages, language specific linguistic characteristics, and patterns of impairments.

Clinical studies with multilingual individuals with aphasia have attempted to understand how similarities and differences among the languages in question can facilitate cross-language treatment effects. There is research evidence suggesting that shared linguistic elements may facilitate cross-language transfer of treatment benefits, yet, findings have been reported for a limited set of languages and results have been inconclusive (Kohnert, 2004; Goral et al., 2010). Additional evidence from a variety of language combinations can elucidate the relationship among the hypothesized underlying representation and processing of multiple languages, structural similarities and differences among the languages of the multilingual speakers, and cross-language effects.

What are the advantages and disadvantages of administering therapy in one language versus implementing the use of multiple languages when treating multilingual individuals with aphasia?

Whereas a growing body of research studies have added to our understanding of within-language and between-languages treatment effects in multilingual aphasia (e.g., Faroqi-Shah et al., 2010; Kohnert & Peterson, 2012), little is known about the advantages and disadvantages of allowing the use of multiple languages within the therapy sessions. As well, no research evidence exists to date to help determine whether multilingual speakers with aphasia benefit from the attempt to respond in the target language or whether treatment effect and communicative success can be maximized by the freedom to mix among the relevant languages. It has been reported in the literature that multilingual speakers with aphasia mix their languages more than healthy multilingual speakers do, but whether language mixing facilitates functional communication or hinders it is not well understood (e.g., Muñoz et al., 1999). The systematic study of mixing patterns within multilingual individuals with aphasia and their relationship to lexical retrieval impairment and to executive functioning would add to current theories of language mixing in aphasia and the functional use of language mixing in aphasia recovery.

What assessment measures can be used across languages to determine degree of impairment and recovery of language and communication in multilingual individuals with aphasia?

Despite some remarkable early work (e.g., the Bilingual Aphasia Test, Paradis & Libben 1987), existing aphasia batteries and tests that can be applied in the study of multilingual individuals with aphasia are limited in scope and validity. Expanding previous efforts to assess language and communication in multilinguals, we will focus on converging and contrastive linguistic elements in the languages in question. New measures will be developed, building on existing batteries and on experimental tests.

Because of the inherent heterogeneity of people with aphasia and of multilingual individuals, research projects to be developed will employ primarily single-subject design, with replication within and across individuals. The goal is to recruit multilingual individuals, speakers of a variety of language combinations (Norwegian and another language, such as Arabic, English, Polish, Punjabi, Russian, Somali, Turkish, Vietnamese, and others), and to examine within-individual patterns of impairment, language mixing, and recovery. The project will make use of – and contribute to – the socio-cognitive laboratory, as assessment tools will be developed and employed. Experimental behavioral tests and the collection and interpretation of eye-tracking data will be included, and individually tailored behavioral treatment approaches will be administered in the relevant languages.

These research questions and the planned research projects fit within the themes of MultiLing. Within the first theme – multilingual competence across the lifespan – the planned studies would address change of competencies in adulthood as these are related to compromised abilities as a result of acquired brain damage. The focus on language choice and language mixing fits well within the second theme – multilingual language choice and practices across the lifespan. The potential contribution of the studies to best practices in rehabilitation of acquired brain damage complements other projects addressing the third theme – multilingualism, ideologies and language policies.

Read more about MultiLing as a world-leading research community.

We are currently looking for participants for the control group.

Please contact research assistant Anne Marte Haug Olstad if you woulld like to participate or if you have any questions.