In a multicultural Norway, cultural heritage is more than just stave churches and rose-painting

If cultural heritage institutions want to be relevant to young people today, they must move away from old categories defining what and who is Norwegian, archaeologist Kaja Hannedatter Sontum argues in her new doctoral thesis. 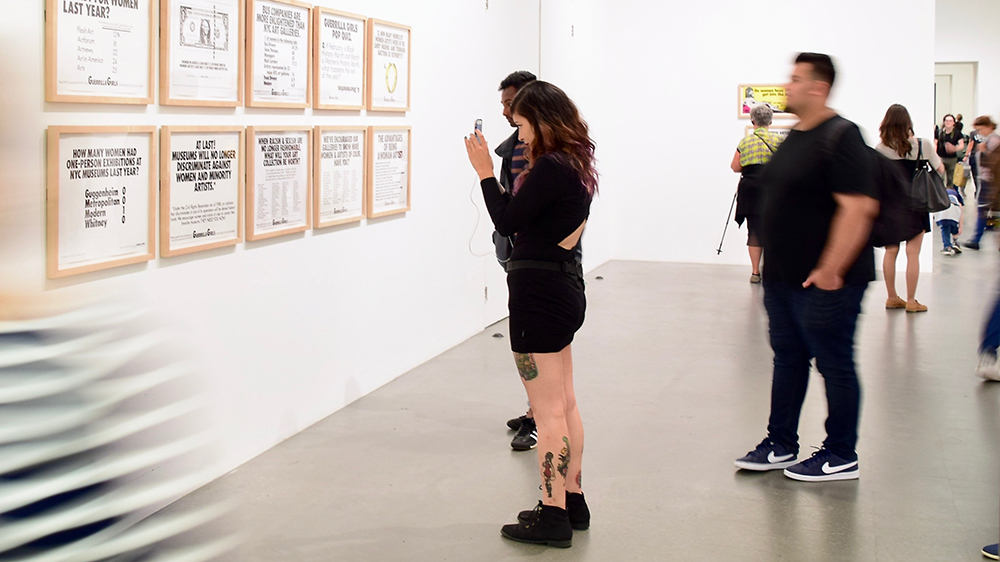 – The cultural heritage sector must involve and acknowledge different voices within society, perhaps even conflicting voices. The actors within the field of cultural heritage have a unique and beneficial position to take part in this conversation, says Kaja Hannedatter Sontum. Photo: Unsplash.

Social inclusion and diversity is one of the goals within the field of cultural heritage. A new PhD study now suggests that the sector should reconsider current attempts to achieve their goals.

Considering the question of what is cultural heritage, Oslo youths are already divided on the issues laid out in public policies and governing documents within the field.

“In these documents, and also in the public debate, cultural heritage often revolves around material memories from the past. It may consist of excavations, site specific objects and singular artefacts. The young people that I have spoken with often think of cultural heritage as something immaterial,” says researcher Kaja Hannedatter Sontum.

She has recently completed a doctorate in archaeology at the University of Oslo, Norway. There, she interviewed young people who felt that cultural practices, such as language, food or music, could be considered just as much a part of cultural heritage as a headdress in a museum exhibition.

“Perhaps this has to do with the fact that it is easier to feel included by an intangible cultural heritage. The traditional understanding of cultural heritage is more bound to a place, static and limited. It has been common to talk about historical roots,” says Sontum.

Kaja Hannedatter Sontum has investigated what cultural heritage institutions are doing to include and reflect diversity – and what those who are to be included evaluate their efforts.

On the one hand, she has studied the official policies and governing documents. On the other, she has carried out interviews and group conversations with students from a total of five different high schools in the capital Oslo, three from the affluent western side and two from the less privileged eastern side.

The young people she talked with came from various cultural backgrounds. Some had family from Norway only, and others had family with a history of migration. with a migratory background are particularly visible in Sontum’s discussions.

“Their stories are set apart by an experience of mixing different cultures and practices, and thereby creating something new, something that is their own. This experience of having multiple and hybrid cultural connections is not found in the official documents. The documents, however, reflect a categorical way of thinking.”

Youth are not included

For example, this is a statement from the Parliamentary Report ‘Living with our Cultural Heritage’ from 2004-2005:

“In addition to preserving Norwegian cultural heritage, cultural heritage administration in a multicultural Norway is about documenting, disseminating and preserving cultural heritage with ties to the Sami as indigenous peoples, the five national minorities – the Jewish people, the Kvens, Roma, the Romani people and the Forest Finns – and the more recent minority groups – the immigrants of the past 35 years.”

In the Parliamentary Report "Future with a foothold – Cultural Heritage Policy" from 2012-2013, the wording "in addition to the Norwegian cultural heritage" is no longer used, but the inclusion model is still based on the same principle, Sontum believes.

At the administrative level, however, there has been a tendency to add new categories within an existing idea of what cultural heritage is,  she points out.

“The cultural heritage of different groups of immigrants is often presented as an addition to, and at the same time, separate from, the place-bound national and local history. The perspective that it is possible to have multiple connections, or that one may experience falling outside of or moving between the existing categories of identity, is lacking.”

The younger generation, in particular, seems to be sceptical about being represented in this way, as Sontum herself has seen in her work.

“The planning documents do not help”

Through informal conversations with people working within the field of cultural heritage, for example museum staff, it is Sontum’s impression that many people are now looking for new ways to think about diversity and inclusion.

“The official planning documents and legislations do not seem to be helping,” Sontum says.

Through the interviews, the archaeologist has discovered that many young people make considerate choices when they identify themselves with different cultural practices.

“They establish connections between themselves and others in ways that do not correspond to representations of a Norwegian core culture and homogeneous minority cultures. But their stories also indicate that they feel unsure about their own sense of belonging, especially in the context of how they are defined by others around them,” says Sontum and adds:

“They express their own cultural heritage as something they choose, as something they do and as something that can be blended and mixed. In different social settings, something new may arise. The experience of being placed between different categories seems to contribute to reflections on definitions, for example: what does it mean to be ethnically Norwegian.”

“The mindset must change”

Sontum points out that the administration of cultural heritage and cultural monuments must benefit the people. Thus, she believes, the work must be rooted in the experiences of those we are trying to include.

“New strategies should aim to stimulate critical reflection and dialogue about how inequality is constantly produced within society. Cultural inequality is not something that is just there, it is created continuously through various social and political processes.”

According to Sontum, we simply need to reverse the whole mindset of how we cultivate inclusion within the cultural heritage sector.

“Instead of undermining people's lived experiences, the sector must involve and acknowledge different voices within society, perhaps even conflicting voices. The actors within the field of cultural heritage have a unique and beneficial position to take part in this conversation. They can also offer tools and spaces where ideas about identity and belonging can be discussed.”

Sontum believes that an insight into the migrations, cultural encounters and transformations of the past can provide a foundation for discussing current issues. She suggests that we could use museum exhibitions, collections, cultural heritage sites and historical artefacts as a starting point for inviting difficult but important conversations.

“Knowledge of the past provides the basis for being able to talk about ideas on belonging in today’s society. Cultural heritage agents are not supposed to come with pre-prepared answers, but they can take part in the conversation in a critical way,” she says and adds:

“We who are archaeologists, or work within cultural heritage administration and dissemination, cannot deny that what we concern ourselves with, is political. Rather, we must acknowledge the position of power we are in when it relates to what culture and cultural heritage is, and we must ask ourselves what role this plays in today's society. We simply have to take part in the conversation.”