The project is an academic enquiry into the history of Norway’s largest oil company, Statoil ASA, from its formation in 1972 to its 50th anniversary in 2022. 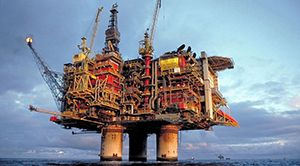 The company’s domestic and international development trajectory will be studied within a broad economic and socio-political context. From its very inception, Statoil was conceived to ensure “national management and control” over Norway’s petroleum and natural gas reserves. So far, these policies of national interest have proven successful for both Norway and Statoil itself – the company has wielded substantial influence within Norway’s political economy and inter alia enabled the growth of a Norwegian cluster of oil and gas supply companies.

The project’s initial phase will consider Statoil’s technological, organisational and financial development, particularly in relation to the company’s growing influence within the Norwegian oil and gas sector and the wider politico-administrative institutional framework that governs it.

The project is led by Professor Einar Lie and is divided into two distinct phases. In this initial stage, three Postdoctoral Fellows have been appointed and assigned to a particular sub-project.

The objective for the project’s second stage will be the completion of a volume about the company’s history, in addition to web-based collection of multimedia sources that chronologically outlines its development.

A preliminary outline of the project is available in Norwegian.