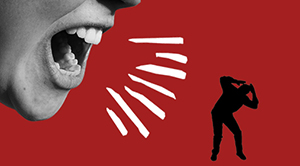 “The discussion on hate speech in Norway is characterized by the view that freedom of speech is a fundamental right. It is striking to see how little attention is being paid to other rights, such as the right to protection against discrimination,” says Lene Auestad, PhD scholar at the Department of Philosophy, Classics, History of Art and Ideas.

She recently defended her Thesis "Respect, Plurality and Prejudice. A Psychoanalytic and Philosophical Inquiry into the Dynamics of Social Exclusion and Discrimination". In it, she studies prejudices as phenomena, why they arise and how they manifest themselves in society.

One of the chapters in the thesis deals with the relationship between freedom of speech and hate-filled utterances, so-called “hate speech”. Auestad claims that freedom of speech-concerns have been allowed to predominate far too much in the Norwegian debate on this topic.

Auestad expected that there would be fewer hate-filled utterances in Norway after the events of 22 July. She believes that the opposite has happened instead. 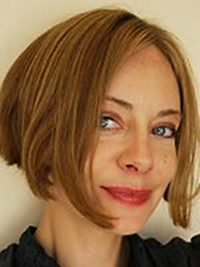 “In recent years, explicit hate speech has come much more to the fore in Norwegian discourse. It seems as though more people are bringing their extreme views into the public debate than previously,” she says.

Auestad believes that this is partly because some right-wing extremists have assumed something of a victim’s role.

“They claim to have been mistakenly associated with a cruel act, from which they want to distance themselves. The following dynamic occurs: since you blame me, you must give me more space to explain myself. The press seems to have accepted this rhetoric,” Auestad says.

She finds this development ominous.

“By permitting hate speech, we move the boundaries of what is considered an acceptable utterance. This may help increase prejudice,” she says.

Many prejudices arise at an unconscious level. In her thesis, Auestad has been concerned with describing the unconscious dynamic that gives rise to prejudices.

“Even though people with prejudices may be prepared to defend the viewpoints that they hold, it is far from certain that they are aware of the reasons why they have these prejudices in the first place,” Auestad says.

She claims that prejudices cannot easily be explained rationally; as a rule, they will be linked to emotions – often a fear of change. This could be exacerbated by a constant exposure to hate speech, she says.

“Prejudices could also be caused by a fear of one’s own negative traits. For example, if someone claims that all immigrants are welfare scroungers, it could be based on that person’s fear of becoming dependent on welfare benefits him- or herself. By projecting this somewhat vague fear onto somebody else, the person can feel alleviated from it,” Auestad says.

Does not believe that the troll will burst

The inherent irrationality of prejudices gives Auestad little faith in the assertion that “the troll will burst if it emerges into the sun”, as claimed by many of those who wish to permit extreme utterances in public debate.

“It’s rather naïve. Let’s use Fjordman as an example, because he is one of the most high-profile personalities. Prejudices can be corrected to some extent, but I don’t believe that he will change his viewpoints if he encounters other rational arguments,” Auestad says.

“A key part of the unconscious processes involved in prejudices is an unacknowledged need to maintain the prejudice. If someone is met with facts and arguments that disprove the prejudices, he or she will most likely make a slight detour and modify the justifications to some extent. The basic principle behind the prejudice, however, will remain unaltered. This is because prejudices are linked mainly to emotions, not to rational ideas. Prejudice and rationality can co-exist,” she says.

Who is really given a voice?

Auestad encourages those who defend the right to put forward extreme viewpoints in public debate to ask themselves one question: What are the actual implications of this viewpoint?

“If the goal is to have a more open debate, I fail to see that this has happened. There has indeed been an increasing freedom of speech for extremists, but has the range of participants really widened? The minority groups, for example, have they been given a clearer voice? To me, it doesn’t seem so,” she concludes.

Auestad believes that it would be an advantage to impose stricter regulations on the kinds of utterances that should be permitted in public debate.

“I cannot detect any such suppression. I fail to see the problem in requiring that the debate should remain objective and that discriminatory utterances should be avoided.”

What should be considered discriminatory is a matter of definition, isn’t it?

“Certainly. And one challenge is that those in power, such as the press and the politicians, are the ones who define what should be considered discriminatory. This elite, which is entrusted with the power of definition, probably understands the term discrimination in a different way than many others. This may also explain why they are so concerned about championing freedom of speech,” Auestad concludes.