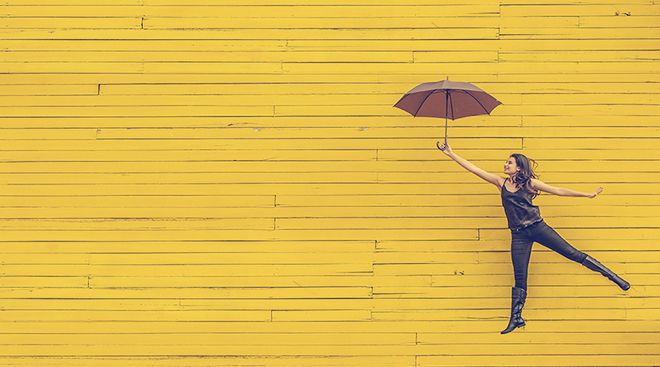 What does it mean to be happy? According to Aristotle it takes a long time to acheive a happy life.

Am I happy? What do I have to do in order to be successful? These are questions that modern people are asking both themselves and their therapists. And this is nothing new. 2,400 years ago, even Aristotle pondered the same thing.

Vinje is a philosopher, and she has written her doctoral thesis about Aristotle's concept of happiness at the Department of Philosophy, Classics, History of Art and Ideas at the University of Oslo, Norway.

“When we talk about happiness today, we are talking about a feeling that comes and goes. We often think defining happiness is up to the individual. We have good days and bad, and happiness seems to be transient. Aristotle’s understanding of happiness is a contrast to this thinking, but nevertheless resonates with us today,” she says.

“One swallow does not make a spring”. That is the start of a famous saying by Aristotle. The next sentence is not as well known, and reads as follows: “… nor does one day; nor, similarly, does one day or a short time make us blessed and happy.” It was this sentence that formed the basis of Vinje’s research project.

“It looks like we have to live for a long time in order to become happy. But how long? If one day is not enough, then how many days do we need?”

Philosophers have been examining the works of Aristotle in great detail for over 2,000 years. However, no-one has found the ultimate answer to these questions.

“One of the first things you learn about Aristotle is that when he speaks about happiness it is something which takes a very long time. This very clear in this passage – because he emphasises that a short while is not enough. Even so, what he means has not been entirely clear.”

Vinje has been studying two key works in depth: the Nicomachean Ethics, which is the most well known, and the Eudemian Ethics. She points out that Aristotle’s definition of happiness rests on two key concepts: virtue and a complete life.

“Virtue, or arete, as it is often called in the field of philosophy, is all about living up to one’s full potential. Virtue is characterised by morally good personality traits such as moderation, wisdom and courage,” she says.

While virtue has been the subject of thorough discussion, Aristotle's ideas about living a complete life have not been equally well examined. In order to find the perfect length of a life, Vinje set up Aristotle’s understanding of happiness as a benchmark. She came up with two possible answers.

She found this explanation in several texts, but she argues that Aristotle thought that life becomes happy within a lifetime.

“I would suggest that life becomes complete when we have a number of resources such as friends, family, a minimum of respect, and a good society – which we succeed in using well.”

If we understand it in this way, we can achieve happiness during the course of our lives.

“We do not need to know how a life ends in order to know if it was a happy one. Based on this understanding, it is possible that we could lose happiness again, but that we could nevertheless be regarded as having lived a happy life.”

“On the other hand, if we manage to remain happy until we die, then we are what Aristotle called ‘blessed’,” says Vinje.

We must reach the top

What is the minimum age we need to reach in order to be happy? Vinje has arrived at a figure.

“If we interpret Aristotle strictly, the answer is that we need to be at least 49 years old. In one of his texts he actually postulates that we have periods in our lives when we are physically and mentally at our peak. From a physical point of view this is between the ages of 30 and 35 for men, and 18 for women. While the mind is at its peak when we are 49 years old.”

Obviously we should take this theory with a pinch of salt.

“Maybe it was a joke? He was probably 49 years old himself when he wrote that. I wouldn’t like the answer to such a big question to be based on an ancient joke that I might not have understood,” says Vinje.

She emphasises that age is less important anyway.

“Reaching an age will not be enough in itself. The minimum length is long enough for Aristotelian happiness. It all boils down to what sort of people we are, and what actions we take.”

Friendship is an important good for achieving Aristotelian happiness.

“Perfect friendship takes a long time. You may want to be good friends with someone, but actually becoming acquainted, winning their confidence and developing your friendship is not something that you do in a day.”

So living to be 49 years old does not help much with happiness if you do not live a virtuous life. That sounds familiar: we need to realise our potential.

“It may take 50 years for some people, while others will only need 20 years or not even achieve it at all. Maybe they will not have the opportunity to realise their abilities, or they won’t have the right resources on hand.”

Not too long, not too short

So happiness take time. But is it all about living for a long time?

“A very long life is not necessarily better. A short life can be just as good. What matters is that we have enough time,” says Vinje.

She believes that the number of years is less important, but that a life can be both too short and too long.

“If you don’t have enough time to fulfil your potential, it is too short. A life which ends too early leaves behind unresolved issues.”

“There are also indications that a life can be too long to be happy. If you use up your potential, and are no longer able to use your abilities, then you cannot continue to be happy. Because happiness is all about being virtuous, using your abilities and operating at your best.”

Hilde Vinje’s PhD project has involved a lot of detailed philosophical and philological examination, and it is to some extent a technical exercise in interpreting an old text. However, she believes that it is still relevant today.

“When I’m reading I don’t think that I’m reading a text which was written several thousand years ago. Some ideas are quite alien today, partly because Aristotle is speaking to members of an audience who enjoyed a certain amount of status in society – free Greek men. For example, this is clear when he says that the pinnacle of life for women is reached at the age of 18.”

“But I don’t think we should be getting hung up in the numbers, but rather be thinking about how what he wrote could be transferred to our understanding of happiness.”

She is referring to the Danish philosopher, Villy Sørensen, who wrote that “one swallow does not make a spring, but it does what it can”.

“That’s a nice idea. Even if we just have a few good things in our life, and not all of them, it doesn’t mean that those things aren’t worth anything. They may not be enough for complete happiness in Aristotle’s sense of the word, but it still good to have one good friend.”