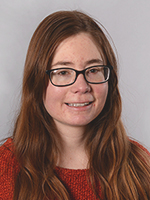 My work focuses on the Early Middle Ages, with a specific emphasis on Anglo-Saxon England. I am particularly interested in early Insular intellectual and monastic culture.

My monograph, Medical Texts in Anglo-Saxon Literary Culture, offers a fresh look at the Old English medical corpus, which contains the earliest complete collections of medical material in a Western vernacular language. While sometimes viewed as belonging primarily to popular culture or folk belief, I show that these texts were part of an elite, learned, intellectual culture.

My current research focuses on intellectual exchange between England and the Continent in the period of the Anglo-Saxon missions. More generally, I am interested in erudition, word play, ‘magical’ texts, theological disputes and exegesis, medieval reception of classical works, and early medieval scribal communities.