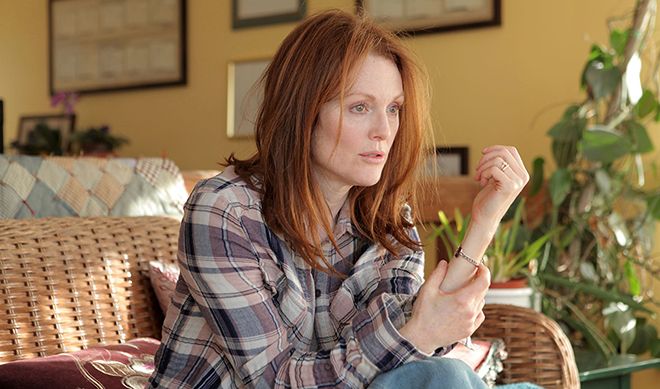 When it became apparent in early 2020 just how serious the covid-19-pandemic was, prioritisation among corona patients became an acute issue.

“Who should get a ventilator first? Almost everyone will say that they should be given to younger and healthier patients,” says Michael Lundblad (link), professor of English language literature at the University of Oslo.

“But why should the lives of the elderly or those with pre-existing conditions be seen as less worthy and therefore lower on the priority list? The coronavirus helps to reveal these hierarchies of value,” he says.

Should we think of the sick as less valuable?

For Lundblad, the covid-19 outbreak illustrates what he and his research colleagues Jan Grue, Sara Orning and Tom Bradstreet (links) in the project BIODIAL (link) have been working on for several years. By studying representations of illness and disability, they explore ideas about what it means to be human, and how some lives come to be valued more than others.

“What happens if you lose your memory and other cognitive functions at the end of life? Alzheimer's might make some people seem to be less human, if intellect is most important. But why should that be the primary way of defining a life worth living?”

Movies and literature are important sources for illustrating and producing cultural attitudes toward illness. In the critically acclaimed feature film Still Alice, Julianne Moore plays a 50-year-old language professor who begins to forget words. It turns out that she has Alzheimer's. Lundblad highlights the scene in which she plans to take her own life.

“She decides ahead of time that if she were to lose so much mental capacity that she couldn’t remember the names of her children, or even the fact that she has children, she wouldn’t want to live any longer. For this character, memory and cognitive capacity are essential for defining a good human life.”

Alice does not want to become a burden on her family if she were to lose the traits that define her.

“Life with Alzheimer’s can certainly be tough, but it does not necessarily need to be seen as less valuable.”

Not enough to make life meaningless

Lundblad finds parallels in stories of people who have physical disabilities.

“In the film Me before you, the logic is that if you break your back and end up in a wheelchair, life must no longer be worth living. But millions of people use wheelchairs every day without having a horrible life. There is no reason to assume that disability must always be associated with unhappiness, or even pain and suffering.”

He thinks that studying films and texts about illness and disability can reveal problematic ways of thinking about human life.

“If you lose what is supposed to give life value, or if you’re born without it, your life can be constructed as more disposable, whether through assisted suicide, euthanasia, or abortion. Illness and disability are part of human diversity, not enough alone to make life meaningless.”

When we talk about the human body and disease, metaphors from the animal kingdom often crop up. Like the wild animal fighting for survival, the diseased body fights against cancer or the coronavirus. Lundblad reveals how thoughts about animality in humans are deeply embedded in our culture.

Lundblad points out that this way of describing humanity superseded the dominant Christian view that humans were not like other species but had instead a special relationship with God.

“With the concept of survival of the fittest, we started thinking that humans are hard-wired for competition, like all other animals, trying to propagate the world with our own offspring.”

This way of thinking, which is part of what Lundblad calls jungle discourse, exploded in the early 1900s.

“The jungle as a place and as a discourse was constructed through a wide range of colonial texts, including novels such as The Jungle Book and Tarzan. These books describe the jungle as a place where wild animals live, but also where white men are supposedly superior to both black people and animals, even if they all have animal instincts. The jungle therefore naturalizes violence, but also constructs civilization as grounded upon the ability to control animal instincts, as opposed to living solely like an animal, or, in racist terms, like so-called primitive people.”

Lundblad has pioneered what he calls animality studies, within the larger field of literary and cultural studies. He explores notions of animality in different historical and cultural contexts, particularly when the way we think about animals impacts the way we think about what it means to be human. Empirical evidence over time has revealed that we cannot maintain a simple opposition between humans and rationality on the one hand, and animals and instinct on the other, or that the behaviour of animals in the jungle can explain human behaviour.

“But still we hang on to the notion that men are more violent than women because it is natural for males to look after their flock, or to be heterosexual. We try to justify our social rules of conduct based upon ‘laws’ from the jungle,” he says.

Lundblad has found that understandings of the animal behaviours have changed significantly over time.

“If you look at Darwin and Freud, or all the way back to Aristotle, you will find the basic idea that what makes us human is that we are ’rational beasts‘ – that we have the ability to reason. With Descartes in the 17th century we get the idea that animals can’t think, that they have no reason.”

“While researchers in the early 20th century often explained animal behaviour in relation to ‘survival of the fittest‘, subsequent research has shown, among other things, that wild animals work together to achieve goals, that they take care of their elderly, that they also have homosexual relationships, and that their languages are much more complicated than we might have thought. Understandings of animality can change, along with how we therefore think about humanity.”

Talking together about animals and humans

To consider someone as more or less human, and to attribute value and meaning based upon that, is a cultural process that helps legitimise exploitation and oppression. To explore that history, Lundblad believes it is useful to link insights from academic fields that conduct research not only on animality, but also in areas such as disability, which is what the BIODIAL project foregrounds.

“Most people know that people with disabilities have been treated very badly throughout history, but they might not want to think about some parallels with the way certain animals have been treated. We can find parallel structures of thought that naturalize oppression and suffering in both cases, even though we need to be careful not to simply equate disability with animality,” he says.

The Covid-19 outbreak illustrates ways that animal and human issues can be linked, Lundblad believes. One example is that the virus is zoonotic, an infectious disease transmitted from animals to humans.

“Zoonosis can occur when a natural habitat is threatened by humans, or when animals in captivity or in markets transmit disease to humans.”

Lives at the bottom of the pecking order are interconnected

The major outbreaks of the virus among workers at meat processing plants in the United States illustrate that the lives of those at the bottom of the pecking order are interconnected.

“There are structural inequalities in industrial agriculture and factory farming, in which workers are treated ‘like animals’. They are exploited and considered disposable, not given protective equipment, and so on.  At the same time, they lose their jobs if they don't come to work.”

When President Trump declares it to be a national priority for Americans to be able to get meat, to keep the meat industry open, the lives of immigrant workers and the working poor are sacrificed, along with the animals themselves.

“Hierarchies are clearly revealed in these prioritizations, not only between humans and animals, but also among humans, when some lives are seen as less human than others.”

Michael Lundblad is professor of English language literature at the Department of Literature, Area Studies and European Languages (ILOS) at the University of Oslo, Norway. His research focuses on animals and animality in cultural narratives such as films and literature. His most recent books are Animalities. Literary and Cultural Studies Beyond the Human (2017) and The Birth of a Jungle: Animality in Progressive-Era U.S. Literature and Culture (2013).

BIODIAL (Biopolitics of Disability, Illness, and Animality is a research project that investigates how some human and non-human lives are constructed as less valuable than others in cultural, literary and social representations of disability, illness, and animality. The project is funded by the Research Council of Norway and ends in December 2020.