One year at the Centre for Ibsen Studies

– This is a great opportunity to broaden your horizon and way of thinking. 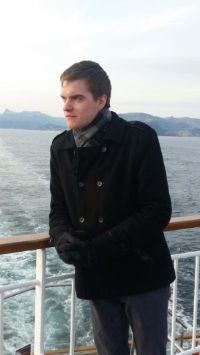 I am a French student in political science and in literature in Paris, and I had the opportunity to spend my third year of bachelor at the University of Oslo, as part of the Erasmus program. On this occasion, I had the chance to attend two courses offered by the Centre for Ibsen studies: a course entitled Ibsen’s works: history, text, performance, and a second that was New perspectives in Ibsen studies.

My choice to go to Norway was partly nourished by my desire to discover the work of Henrik Ibsen, an author too often evaded in the French literary studies which insist more (and surely by a certain patriotic conservatism) on our large national authors at the expense of others ... What an error! Because I discovered through my classes in the Ibsen Centre all the richness and the actuality of the work of the most famous Scandinavian playwright: In the course of his plays unfolds a sharp criticism of society and debates that are still at stake currently, like the one on feminism (A Doll's House) or journalistic ethics (An Enemy of the people).

I was also completely satisfied because the courses I followed touched on Ibsen's plays from different angles: literary (of course), but also philosophical, sociological or political (analysing A Doll's House in terms of the concept of soft power for example … It may seem weird at first sight, but it is really an issue!). In each class, important moments were devoted to the discussion with the other students of the class: It allowed us to share our ideas, our impressions and to confront our points of view. This is a great opportunity to broaden your horizon and way of thinking!

But, above all, the Ibsen Centre’s courses are not limited to the class itself. Indeed, this year spent at the centre allowed me to realize many extracurricular activities that have come perfectly to enrich the teachings: guided tours of symbolic places, in connection with the life of Ibsen (as the Ibsen museum in the centre of Oslo), participation in theatrical performances (the centre allowed me to attend a performance of The Vikings at Helgeland, as well as a staging of Peer Gynt), and even a week at the Norwegian Institute in Rome to deepen the important links that have long united Ibsen to Italy. All these activities only served to arouse my curiosity about the "myth" Ibsen.

As such, and by way of conclusion, if I had to remember only one thing this year, that would be I believe the ability to stir up the curiosity that teachers at the Ibsen Centre have. Indeed, they are not only eminent connoisseurs of Ibsen, but also very passionate - fanatic would say the most cynical of us! - who really want to transmit their passion. I arrived at the Ibsen Centre curious and intrigued by this author that I did not know well. I left by catching the virus that reigns in the Centre, because I am now also contaminated by the Ibsen passion ... And I hope I will never heal!