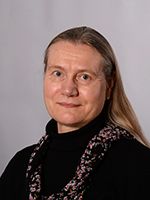 This Project aims to (re-) develop three introductory courses at Bachelor level according to the Flipped classroom model. Teaching strategies used are Blended Learning and Constructive alignment. Outside class training will be facilitated by ICT tools and focus largely on theoretical aspects. The freed classroom time will be used for training in basic practical conservation or science skills as well as transferable skills. It is expected that this teaching model will give students better support in their learning process as well as training in practical skills early on in their degree.