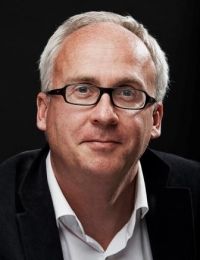 I have a strong passion for 20th century transnational history in Europe. The perspectives and methods of entangled history have very much informed my teaching and research since I started my academic career in Germany, and it is this approach that frames and links my various research interests, ranging from European fascism to colonialism, from World War II and genocide to consumerism and Cold War cultures.

My interest in the movement of peoples, ideas, technologies, and institutions across national boundaries has been considerably augmented by my own experiences abroad: I have had the great pleasure of working in different places in Europe and North America, and at places where there is a particular academic focus on the cultural crossovers between European societies, including the German Historical Institute in Rome, the Holocaust Memorial Museum in Washington, D.C. and the Istituto Storico Italo-Germanico in Trent, Italy.

My future work will focus on two topics: a cultural history of violence in North Africa during the 20th century, tentatively titled ‘In the Shadow of El Alamein: War Violence during the North African Campaign’, and a short history of Italian food and its worldwide spread, ‘A Tale of Modernity: The Global Success of Italian Cuisine in Western Societies’.

Born and raised in Southern Germany, I studied history and philosophy in Munich where I earned my PhD degree in 2005 with a study on the Sixties, the Cold War, and pacifism in West Germany.

I subsequently moved to Italy where I lived first in Trento and then in Rome. During my time in Italy, I worked on two topics that like few others have linked Germany and Italy: food and fascism.

While the pizza became a common staple in Germany in the 1960s, the Axis alliance between the two countries was, despite all the resentments that Germans and Italians nourished against each other, a strong bond between the main two fascist regimes that included cooperative activities as much as learning and cross-cultural fertilization. In particular, I explored the various ways of social engineering in which Nazi Germany and Fascist Italy tried to create new racist societies both at home and in their newly conquered territories.

After briefly returning to Germany where I lived in Berlin and Freiburg, I moved to Ireland to teach modern European history both at Trinity College and University College Dublin. Before coming to UIO, I worked at the Centre for Contemporary History in Potsdam on a project that dealt with tuberculosis as a major health threat of the 20th Century.

2010: Fellow of the Max Weber Foundation

2009: Visiting Fellow at the Centre for Contemporary History Potsdam

I will be happy to supervise students who want to write on Nazi Germany, World War II, racism, consumerism, the Cold War and colonialism.

I teach widely across 20th Century European history in its international frameworks. Among the modules I teach are:

HIS2320 – Coming to Terms with a Nightmare: World War II, Axis Occupation, and Historians after 1945

HIS2354: Pizza, Pubs and Pogo: Consumerism and the Transformation of European Societies in the Long 20th Century

HIS4225: Racism: The History of a Powerful Idea

HIS4230: Introduction to International History

I am currently working on the following research projects:

In the Shadow of El Alamein: The Desert War, Fascist Biopolitics and Violence in North Africa in the 20th Century

A Tale of Modernity: The Global Success of Italian Cuisine in Western Societies