Archaeologists have discovered the earliest anthropogenic landscape on Earth 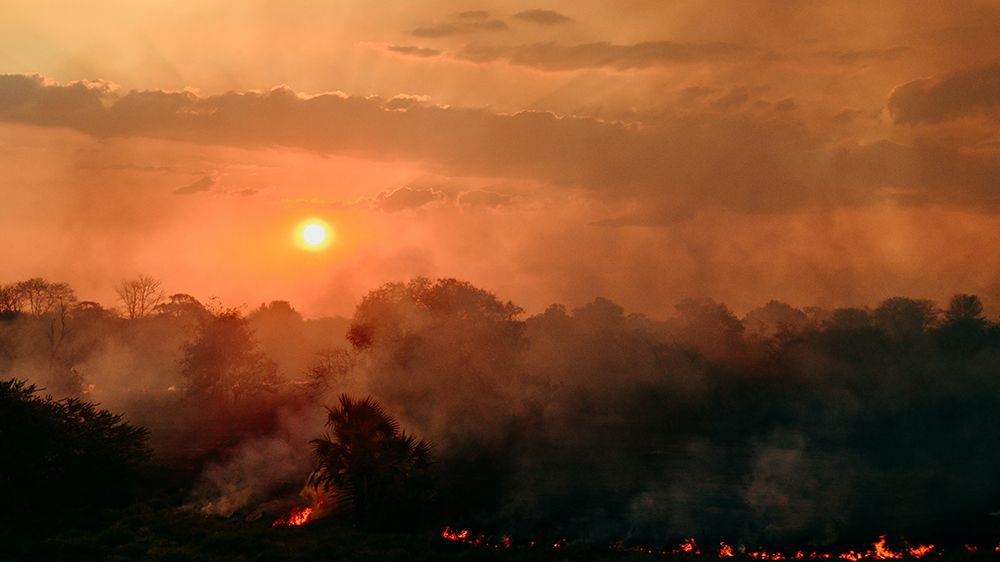 Archaeologists believe the humans who arrived in the Karonga district started burning down the forest to open the landscape for hunting.

As far as we know, humans as a species have been around for at least 300 000 years. Recently, we have come to realize that our impact on the climate and earth’s ecology is unsustainable. Landscape change driven by humans is nothing new, however.

In a new study, archaeologists suggest that we have always altered the ecology and landscape to our benefit. At least they can now prove that we did so, almost 100 000 years ago.

“This is essentially what we call the earliest anthropogenic landscape on Earth,” says David Wright, Professor of Archaeology at the University of Oslo.

Together with his colleagues Jessica Thompson from Yale University, Sarah Ivory from Penn State University and an international, interdisciplinary team, he is now presenting new findings about human-driven climate change in the current issue of Science Advances.

The earliest evidence that humans burned the landscape and changed the environment so far was found in Australia. But whereas that appears to have happened 40 000 years ago, this study proves that the technology goes back more than double the time, to 92 000 years ago.

The Stone Age in Africa

In Europe and North-Africa, the earlier phases of the Stone Ages are divided into the Lower-, Middle- and Upper Palaeolithic.

As for Sub-Saharan Africa, it is common to divide the Palaeolithic into:

Middle Stone Age (315 000 – 20 000 years ago)
Homo sapiens, modern humans, appear. They develop projectile weapons, like spears, to use for hunting. They traded ostrich egg shell beads and other items over hundreds of kilometres with each other.

The findings by Wright and his colleagues are from the Middle Stone Age.

Let us travel with Wright to the Karonga district in Malawi. This area, northeast of Lake Malawi, has an ancient history and a long archaeological tradition. One of the methods archaeologists use to figure out what humans have been doing in earlier times is to take lake cores from deep in the earth’s surface and use those to interpret how the climate has changed.

What they found in the lake core was charcoal that they interpreted to stem from humans burning forests around 100 000 years ago. Over time, the charcoal tapered off, but the forests never grew back as before during similar wet periods.

The researchers analyzed the geological data from this lake core together with long archaeological records from the area and the evolution of climate, to understand the relationship between climate and landscape formation before and after humans showed up in the area.

They made two important discoveries about what happened when humans came around.

“Hunter-gatherers who go after hooved mammals can find it hard to hunt prey when it's in a closed tree environment. So we suspect the humans who arrived in the Karonga district started burning down the forest to open the landscape for hunting. It may also have provided new foods like starchy tubers that like to grow in open areas.”

As a consequence of the burning, the landscape started to erode.

“The Rift Valley along Lake Malawi is bordered by really steep mountains, and so you get big alluvial fans, essentially big sediment packages. We interpret these as human artefacts – because they weren’t there before humans came around,” says David Wright.

The other important discovery was that human activity changed the overall ecology in northern Malawi.

“The period after humans arrived is actually one of the wettest in the last 636 000 years.”

The lake level has been steadily increasing over the last 100 000 years, and the area has been quite wet compared to the long record. However, the researchers saw a disconnection from the plant communities to the natural climate signal. According to the archaeologist, it is natural to have big forests of trees that are not tolerant of fire when lake levels are high, because there is not a lot of natural burning.

“But after humans came into the area, you see a totally different species complexion, with very fire tolerant trees and lots of grass. That is totally anomalous compared to the previous 515 000 years,” says Wright.

Archaeologists have been confused by the fact that Stone Age people used the same methods over long stretches of time. Archaeologist J. Desmond Clark, for instance, mistakenly interpreted an elephant butchery site in Karonga to be 200 000 years old. Wright and his colleagues, primarily Dr. Jeong-Heon Choi at the Korea Basic Science Institute, were able to correct this using modern dating techniques, concluding that the excavation site was from 30 000 years ago, in the later part of the Middle Stone Age (see fact box).

“For a very long time there is no obvious technological change,” Wright points out.

“Stone Age people may have seemed fairly simple in terms of their tools and technology and their ways of communicating with each other. But in fact, they were using the landscape in really novel ways. They burned and managed the landscape in ways that are really sophisticated and that benefited them.”

Wright believes that the methods people used in this part of Malawi allowed them to survive there for 70 000 years, even as there were obvious technological changes going on in other parts of Africa.

“For several thousand years, the rest of the continent experienced an extremely dry period, and in many places the lakes completely dried up. This did not happen in Malawi. We believe the people who lived in this area, defended it by managing the landscape the way they did.”

Humans learned how to modify the environment to our benefit

Today, humans are masters of the universe and inhabit almost every corner of the earth. However, 92 000 years ago, our relatives shared the earth with other hominin species such as Neanderthals and Denisovans, who lived in Europe and Asia, even though current science believes that our species had not yet left Africa.

A first step toward inhabiting the rest of the world was learning how to modify the landscapes in Malawi to our benefit.

“We learned the tools of how to populate the planet in Africa. With a set of tools developed under challenging environments in Africa, we could later go to more inhospitable climates like northern Europe, northeastern Asia and eventually North America, South America, Australia.”

Today, human-forced climate change has accelerated to an unsustainable level, and the climate crisis threatens to make parts of the world inhabitable for humans. However, changing landscapes and adapting to them is a hallmark of our species, according to the archaeologist.

“We are pretty defenseless in the natural world, but we use our tools, technologies and ability to cooperate with each other, to plant, to manage landscapes and to cooperate in hunting and trading. We learn from our ancestors and evolve continuously.”

Adding nuance to the Anthropocene

In the humanities and social sciences, the geological term “Anthropocene” is used to describe how human beings are the major geological force of our epoch. Wright and his colleagues’ study adds nuance to the understanding of the Anthropocene.

“Wherever humans are, we transform landscapes because of our natural vulnerabilities as a species. We cannot manage landscapes without changing them.”

Therefore, it is difficult to decide on a beginning of the Anthropocene, which he argues goes back tens of thousands of years on local levels.

“I also feel like we are going to find earlier instances, the more we look for it.”

He thinks learning from the ancient past can help us take a broader view of the relationship between culture and nature.

With our historical records we can also project where we are going in the future and make decisions as a species.

“The Earth has no agenda, it is just going to do what it does. It does not care if we are here or not. So it is on us to decide what we want to do with our society in relation to the environment.”

David Wright is Professor of environmental archaeology. He specializes in archaeometric dating and ecological reconstructions of human-made environments.